Vivo Z5 with Snapdragon 712 chipset, 48MP triple camera to be launched on July 31 in China

The phone will sport a Snapdragon 712 chipset and 48MP primary sensor.

On the front it will have a 32MP sensor in the waterdrop notch. 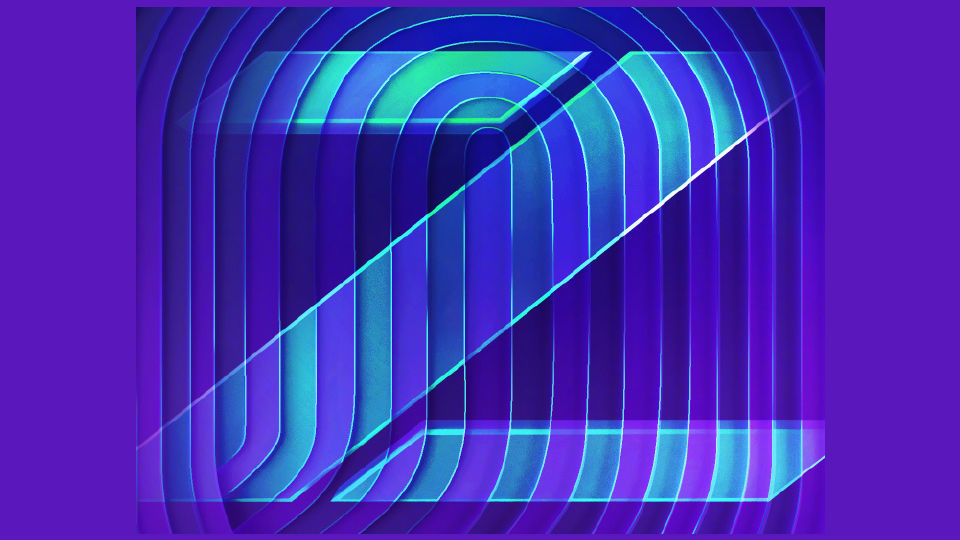 Vivo will launch the Vivo Z5 smartphone in China on July 31. Just five days ahead of the launch, the company has revealed the key specifications of the phone. According to a series of posters shared on Chinese social media platform Weibo, the phone will come equipped with a Super AMOLED display, an in-display fingerprint scanner, a triple camera setup featuring 48MP sensor and a Qualcomm Snapdragon 712 processor.

The company, however, hasn’t revealed the full details of the hardware that will be incorporated in the phone. The device was also spotted on the database of the Chinese regulatory body TENAA, which revealed a waterdrop notch for camera housing. The notch will have 32MP front shooter, the company has confirmed. The price of the phone is not confirmed as of now, but here are the details that we know so far. 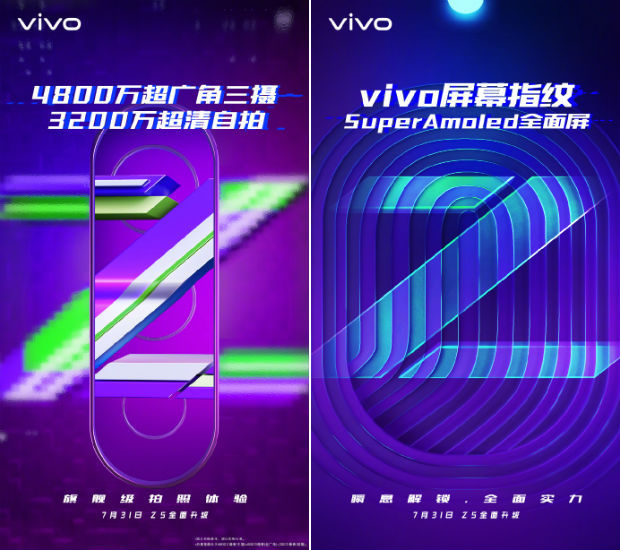 As mentioned, the phone will have a Super AMOLED display and, going by the teaser poster, it will have an in-display fingerprint sensor. Based on the TENAA listing, the Snapdragon 712 chipset will be coupled with up to 8GB RAM and 128GB storage. Reportedly, the phone will be offered in 6GB RAM + 64GB storage, and 8GB RAM + 128GB storage variants.

On the back is a triple camera setup with a 48MP primary sensor, but its supplier (Samsung or Sony) is currently not known. Reportedly, it will be accompanied by an 8MP sensor with an ultra-wide lens and a 2MP depth sensor. The Vivo Z5 will ship with a large battery of 4500mAh capacity and 22.5W fast charging support. 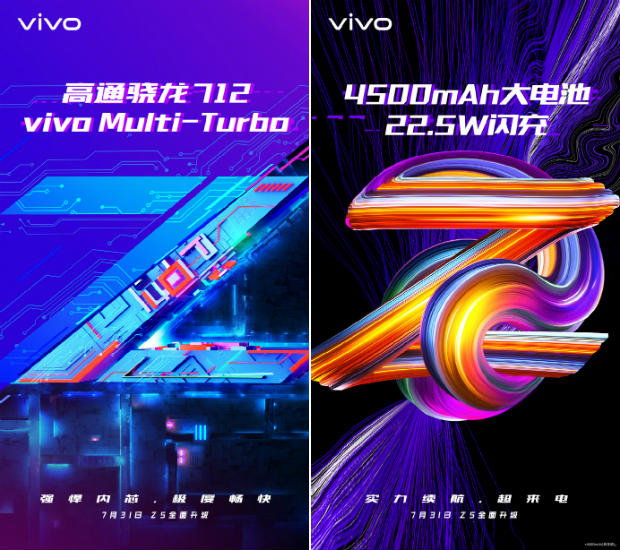 In May, the company launched its mid-range device, the Vivo Z5x, in China. The USP of the phone is the punch-hole display that houses a 16MP sensor. The phone is priced at CNY 1,398(approx Rs 14,000). The phone is powered by a Qualcomm Snapdragon 710 SoC, sports a triple camera setup and a fingerprint sensor on the back.