The Vivo Xplay 7 might be the first smartphone to offer a triple-rear camera setup and under-display fingerprint sensors, however, details such as the specifications about the device is not yet known 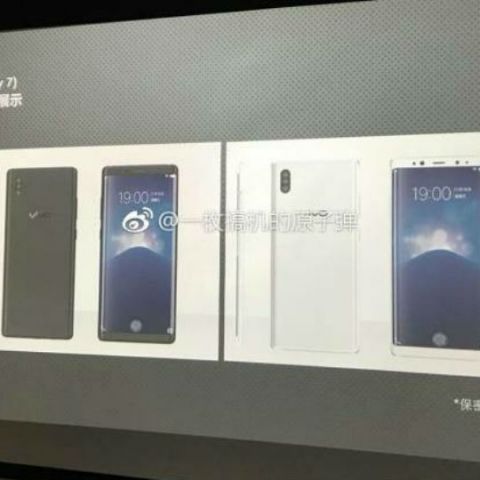 It seems like Vivo is planning something big with its next flagship smartphone. A Weibo user has posted images of what appears to be presentation slides for the Xplay 7, which is code named the X20. The images suggest that the phone may offer three camera at the back, which would make it one of the first to offer such a feature. However, this might not be the only new feature as the phone may also sport an under-display fingerprint sensor. Other information such as the specifications or the pricing are not yet known.

During MWC Shanghai back in June this year, Vivo had demonstrated the new Qualcomm FIngerprint Sensors on its Xplay 6 smartphone. The new sensors work through displays or glass and metal and will most likely be the technology used for the under display sensor. Qualcomm claims that its new sensors can offer directional gestures as well as underwater fingerprint match and device makeup. The company also said that it was the first commercially available ultrasonic-based mobile solution to detect heartbeat and blood flow.

While the launch date of the Vivo Xplay 7 is not yet known, it is possible that it may be the first commercially available smartphone to offer an under display sensor. Apple is also tipped to offer an under display sensor on its tenth anniversary iPhone dubbed the iPhone 8. However, reports suggest that the company may have trouble with getting the feature to work. Also, it is possible that the iPhone 8 may end up getting delayed.