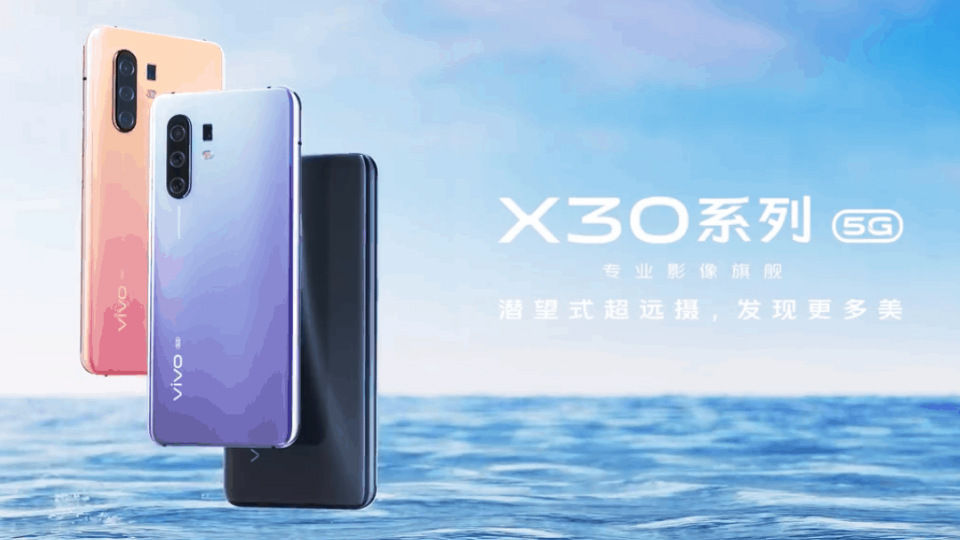 It is rumoured to pack a periscope camera module.

Vivo X30 is all set to be launched in China on December 16. It will launch alongside the Vivo X50. The smartphone is teased to be powered by Samsung’s Exynos 980 chipset with 5G support in tow. However, a couple of days ahead of launch, alleged Vivo X30 hands-on images have leaked online. The smartphone is shown sporting a quad rear camera setup with what appears to be a periscope camera module. On the front, it is shown to come equipped with a hole-punch display.

The latest development comes from Weibo, which shows the front and rear of the phone. There are three vertically-stacked camera sensors at the back alongside a rectangular module beside them. It appears to be a telephoto lens with a periscope mechanism for facilitating optical zoom. A similar arrangement was shown in official teasers that revealed up to 60x digital zoom support on the phone.

Vivo X30 is said to feature a 6.5-inch AMOLED display with 90Hz refresh rate. It will be powered by the Exynos 980 chipset, which was launched a few months ago. It is tipped to come equipped with up to 12GB RAM. It is tipped to pack a 4500mAh of battery, which is rumoured to have support for 44W flash charge technology.