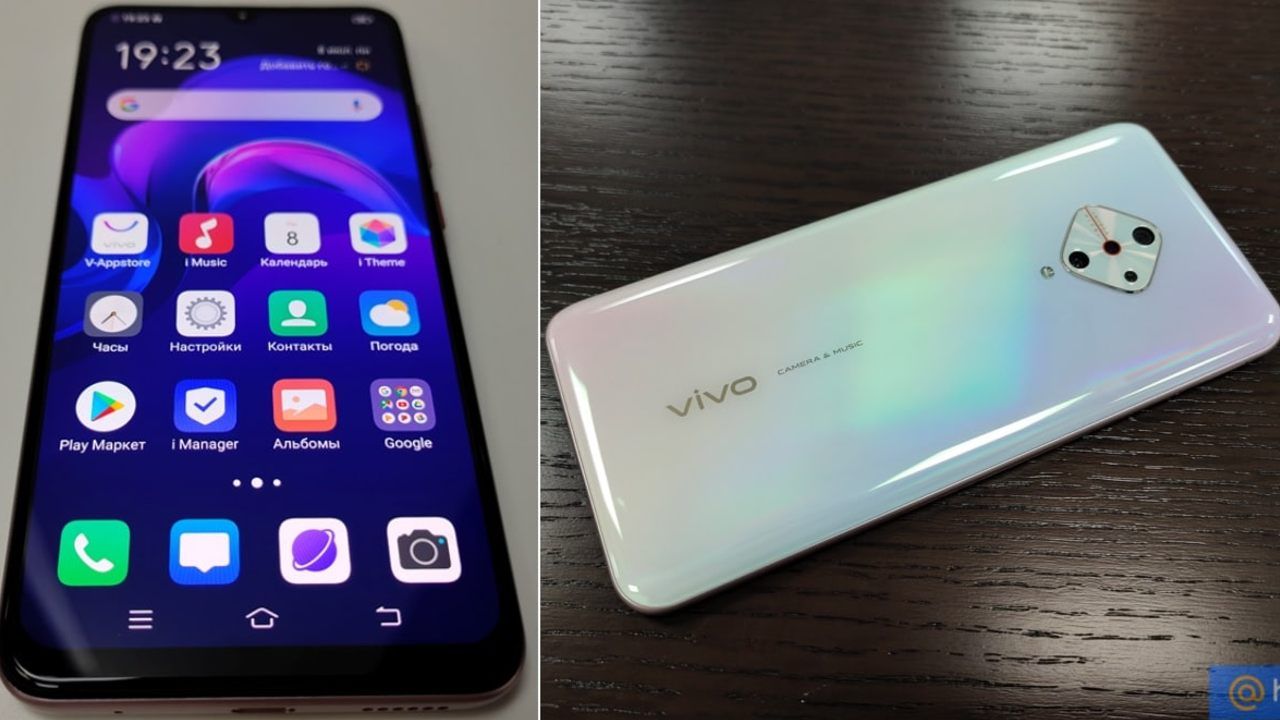 The Vivo V17 will reportedly feature a diamond-shaped camera module.

Vivo V17 is shown featuring a waterdrop notch and a thick chin at the bottom.

Vivo may launch another smartphone in its V-series. It is said to debut as the Vivo V17, and images of the smartphone have reportedly leaked. They give us a look of the rear anin d front of Vivo V17. The design highlight is the diamond-shaped camera module at the back that houses 4 cameras. Furthermore, some key specifications have also been leaked of the upcoming Vivo smartphone.

The latest development comes from Russia-based Hi-Tech.Mail that shows the Vivo V17 gradient finish on its glossy white rear panel with blue and pink accents. It shows the smartphone sporting a quad rear camera setup in a diamond-shaped camera module. The LED flash sits below the module. Plus, the device will come equipped with a 48MP sensor. However, the resolution of the other three cameras remains unknown.

To recall, a similar module has been seen on the recently leaked Vivo S5. It also has a distinctive design factor in the form of a diamond-shaped camera module that sports three lenses and an LED flash inside it. A fourth lens is present below the module. The Vivo S5 reportedly has a gradient finish as well.

In the leaked images, Vivo V17 is shown featuring a waterdrop notch and a thick chin at the bottom. No fingerprint sensor can be spotted in the leaked renders, hence, it can be assumed that the Vivo V17 will come with an in-display fingerprint scanner. Vivo V17 is rumoured to come with 8GB RAM and 128GB of internal storage. It is said to pack a 4500mAh battery. It is likely to feature fast charging.

There is no information on the chipset it will be powered by. However, a prominent “Camera & Music” branding can be seen on the back. Therefore, Vivo V17 could be targeted at people who want good cameras alongside a capable media consumption device.