Two Asus phones have been spotted on GFXBench, and they may be variants of the upcoming Asus Zenfone 3. Ever since Zenfone 2 was announced at CES 2015, there has been a huge amount of popularity around it, and Asus released six different models under the Zenfone 2 series. We can only wonder what it would mean for the world if Asus releases the Zenfone 3 series. It is rumoured that this year, there too could be multiple handsets going by the name of Zenfone 3, and may release in May or June, 2016.

But just like other phones, there has been a leak about Asus benchmarking two variants of the ZenFone 3. Two different models of Asus smartphones, codenamed Asus Z010DD and Asus Z012D, have been put to be benchmarked on GFXBench, thus providing a list of the specifications of each. 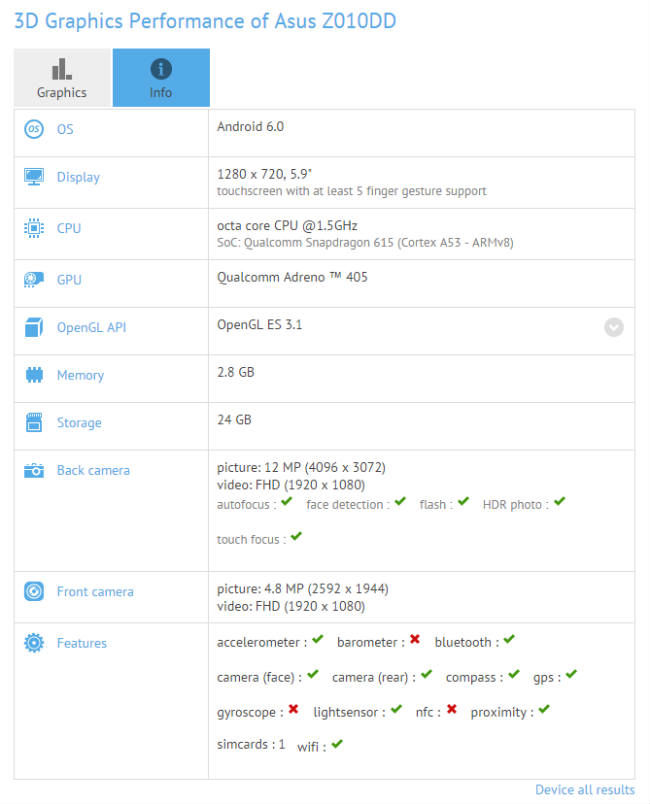 While the other Asus Z012D comes running on Qualcomm Snapdragon 650 SoC, which is a 1.7GHz hexa-core CPU with 3GB of RAM, 32GB of storage, and Android 6.0 on board. Clearly, there is no possibility of being sure since there are many rumours surrounding the phone, and hence it may or may not be a Zenfone 3 lineup. 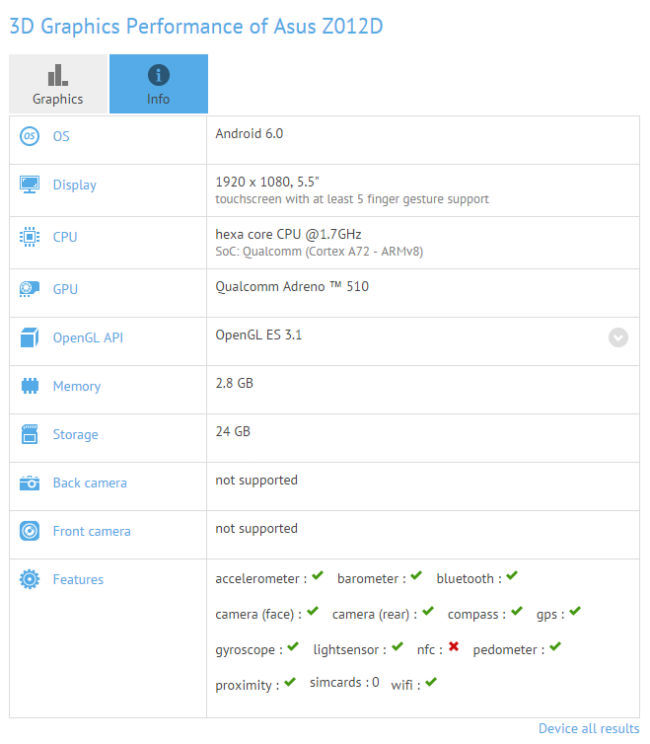 Meanwhile, Asus is expected to launch the Zenfone Zoom in India, today. The highlight of the device is the 13MP rear camera with Optical Image Stabilisation, 10 element lens and 3x optical zoom. The Asus Zenfone Zoom also comes with a 5MP camera in the front, as well as a 5.5-inch Full HD display. It is powered by a 2.3GHz quad-core Intel Atom processor, with 4GB of RAM. It has a 3000mAh battery, and is expected to come with 64GB of onboard storage.