The HubblePhone is essentially two smartphones with multiple displays, multiple cameras, and one swivelling arm that brings everything together. It's expected to release in June 2020. 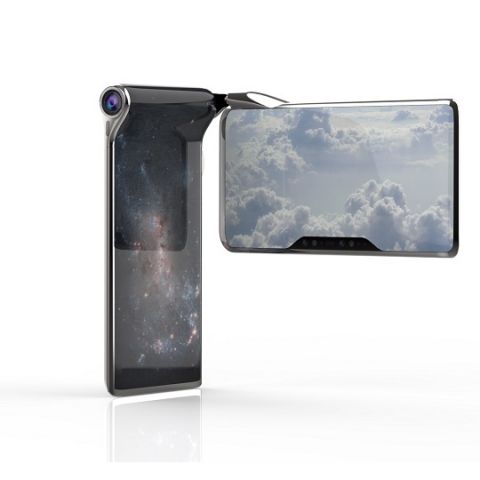 So what if Turing Robotics Industries had a few failed smartphone launches in the last few years, including the end-to-end encrypted Turing Phone? And so what if the California-based mobile technology company filed for bankruptcy earlier this year? That shouldn’t mean it can’t announce an insane smartphone design that shows off six cameras (yes, six!), three displays, and two chipsets under its new name, Turing Space Industries.

Christened the HubblePhone, after the famous space telescope and astronomer, the device is essentially two smartphones as we know them attached to each other with a swivelling arm. The main body of the two-part device is called the main deck and the smaller secondary body, flipping and swivelling out of the main body, is called the upper deck. The main body has a scroll wheel and separate button that can be user-programmed. If you were impressed by the ‘Yoga’ moves some laptops can pull off, you should see this device’s moves, because it can fold, flip, and swivel in a lot of ways. 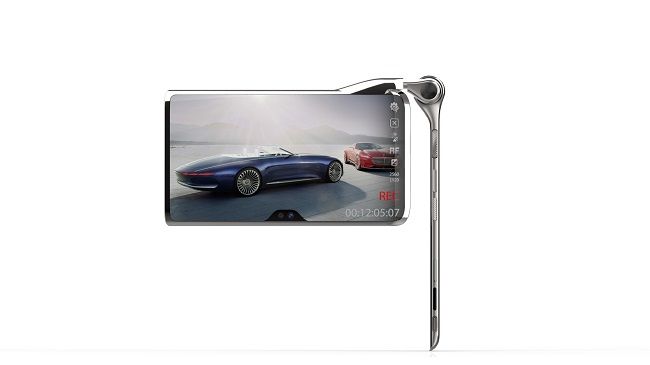 More Yoga than your laptop can manage

The main deck and upper deck have separate chipsets. Both get a Qualcomm Snapdragon 855 chipset each with an octa-core Kryo 385 CPU on each chipset. Naturally, there are two Adreno 630 GPUs as well. Each deck gets 8GB of RAM and 256GB of internal storage. Storage is expandable up to 512GB on each deck. Both decks get a hybrid dual SIM card slot, but only the main deck gets a 5G NR-capable modem. Both decks will run Turing’s Keplerian OS based on Android P. 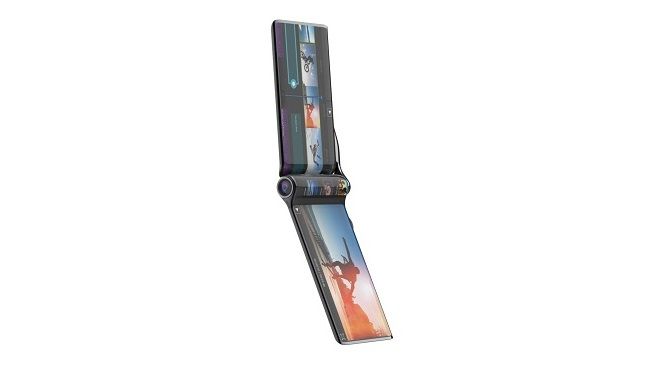 Clamshell phones are back!

Taking a look at the HubblePhone’s long spec sheet shows us that it’s got all sorts of PUs on it: multiple CPUs, GPUs, AI/AR PUs, and an EPU. While the sheer number of all these acronyms, along with Turing-advertised terms like “emotional machine-intelligence chip”, may sound exciting at first, what real-world performance benefits they possess is a question that can only be answered when the device is in our hands.

This futuristic piece of technological amalgamation is expected to release in the US in June 2020, and in Europe, China, and the rest of the world eventually that same year. It’s expected to cost a jaw-dropping $2,750 (Rs 1,89,000 approx) when it goes on sale. Whether this fantastic new device will see the light of day or go the same way as the Turing phones before it, only time will tell. One thing’s for sure: we’re absolutely kicked about it!