Nokia X6, which was first launched in China this year, was unveiled as Nokia 6.1 in Hong Kong for HKD 2,288 which is approximately Rs 20,000. It is reported that HMD Global will bring the phone with the same moniker in other countries as well. The company has now teased an India launch event on Twitter and it could unveil the Nokia 6.1 Plus here in India. Nokia and HMD Global have invited fans to participate in a competition and win a chance to witness the live event in India.

“All the Nokia fans out there tell us your favorite Nokia smartphone experience and stand a chance to witness the next exclusive launch event. Click the link below to participate and stay tuned for more! http://nokia.ly/2O1eP2M,” Nokia Mobile India tweeted. The company, however, did not come out clear on the what product is it launching and the date of the event. Nokia hasn’t had a major launch event in India since it unveiled the Nokia 8 Sirocco, Nokia 7 Plus and Nokia 6 (2018) in April this year. 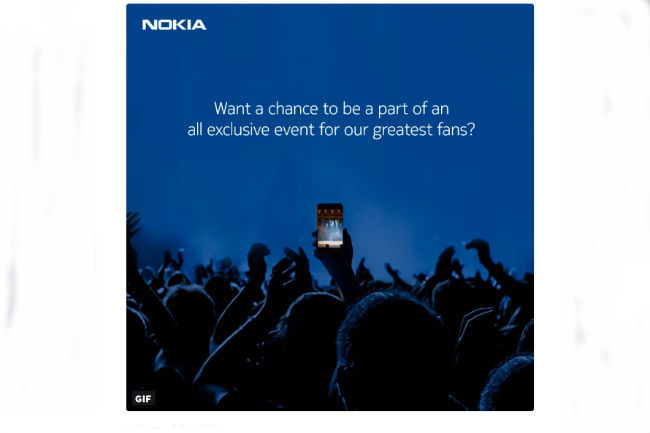 The Nokia 6.1 Plus has been in the news for well over two months now. The phone has a lot of dissimilarities compared to the original Nokia X6. HMD global launched the global variant under Google’s Android One programme. It removed NFC in the Nokia 6.1 Plus and did not unveil the blue variant of the device in Hong Kong. Unlike in China, where the Nokia X6 is being sold in several configurations, in global markets, the Nokia 6.1 Plus is expected to come only in 4GB RAM and 64GB storage configuration.

Nokia 6.1 Plus (Nokia X6) Specifications: Under the hood, the Nokia 6.1 Plus has an Octa-core Qualcomm Snapdragon 636 chipset. The Nokia 6.1 Plus features a 5.8-inch Full HD+ notched display with a 19:9 aspect ratio. It is protected by a Gorilla Glass 3, has thin bezels and a chin which will bear the Nokia branding. On the back, the phone sports a dual-camera setup with 16MP and 5MP lenses by Zeiss optics. On the front, it has a 16MP shooter. Both the cameras have f/2.0 aperture. There is a 3,060mAh battery with fast charging support.