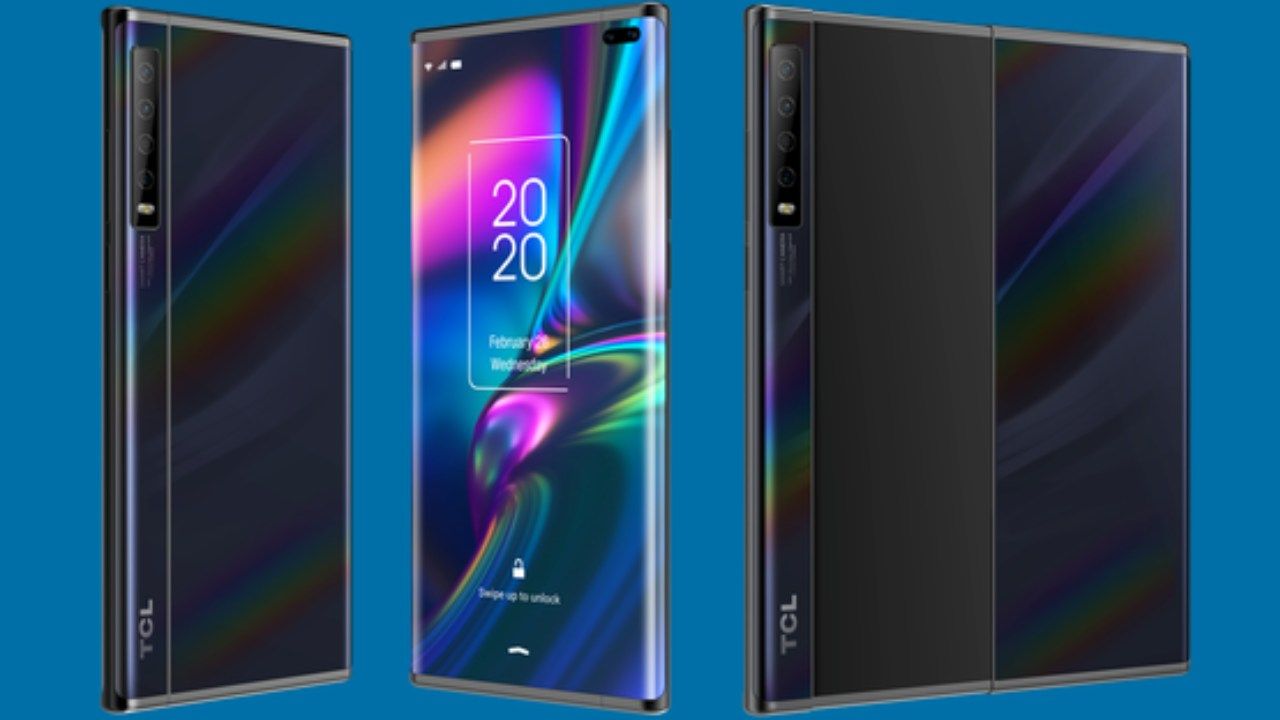 We’re already in the second year of foldable smartphones and OEMs are still experimenting with various form factors. We saw two design variations from Samsung while Huawei simply iterated its previous design with the new Mate XS. Even Motorola pitched in with a nostalgic form factor, while Xiaomi simply wrapped a flexible screen around a body. But trust TCL to come up with a slick concept that might just be one of the better implementations we have seen so far.

TCL showcased two prototypes around a flexible display. The first is a trifold device that goes from a 6.65-inch smartphone to a full-sized 10-inch tablet by unfolding in three parts. The prototype, as experienced by the western media, is reportedly functional with a display that unfolds like a large sheet of paper, and runs Android. This is still very much a proof of concept, not ready for production. But it does showcase the initial purpose of a foldable smartphone. To turn it into a large-screen tablet, and not just a wider smartphone.

The second concept device shows a rollable and sliding prototype. This looks even further from the future and is aimed to solve some of the issues around sliding and folding form factors. The prototype on display, according to multiple reports, was a nonfunctional unit with a paper screen with TCL only showing a video to the assembled reviewers. The company is working on the device in a lab in Japan.

The display in the second device, when folded, curves around the side of the device with some part of the screen hidden inside the phone. When you need a bigger display, press a button and the motors inside will roll it out for you.

While we’re not sure how robust this form factor really will be, it does share resemblance to the rollable TV that LG unveiled last year at CES. Since this is meant to be used on the go and subjected to wear and tear of our daily lives, TCL still has to iron out possible issues.

The two concepts are not going into mass production any time soon, so if you got your interests piqued reading this, you may have to hold your horses for longer. TCL anyway does not release its smartphones in India, and this one is far from becoming a commercially viable unit right now. But it also happens to be a clear glimpse of what the future holds for smartphones.