All the foldable smartphones announced so far carry a hefty price tag. TCL has announced its patented DragonHinge technology which the company will use to bring foldable phones to the masses 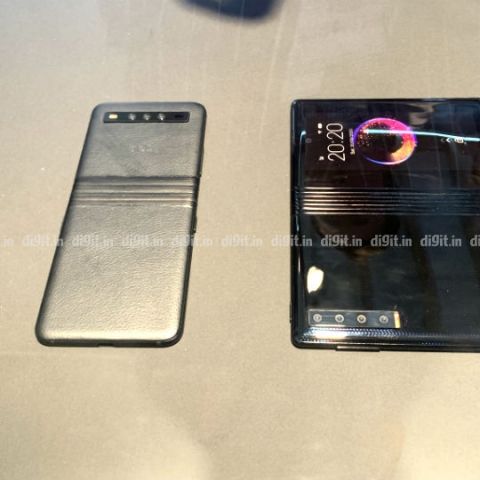 TCL’s DragonHinge isn’t actually just the physical hinge, but an umbrella technology which covers three key aspects; an AMOLED panel that can fold up on itself from 0 to 180 degrees, a magnetic hinge that supports this foldability and software that can seamlessly adapt to the way the phone is being used. TCL is using flexible AMOLED panels made by its sister company CSOT while TCL is providing the mechanical housing into which the display would go.

Foldable smartphones do prove to be quite an engineering challenge. It first starts with the display, which needs to be sturdy enough to withstand the numerous times it is going to be folded and unfolded. Part of this is achieved by removing all glass elements from the display assembly and replacing it with a high-quality plastic material. This also makes the display more durable. The second challenge is the hinge, which must withstand wear and tear. Then there is also the software experience which has to not only be seamless when going between the folded and unfolded state but also must add useful features that help take advantage of the larger display. Samsung’s software on the Galaxy Fold allows for simultaneous three-app multi-tasking, taking advantage of the big screen. Then there is the question of battery life. By incorporating more than one display, of which one is much larger in size, there is bound to be a larger drain on the battery. This could be offset by the lower display resolution, but that is something that we will only know for sure once we review the devices.

Samsung and Huawei have both priced their foldable phones as luxury devices. TCL, on the other hand, hopes to bring foldable phones to the masses with its DragonHinge technology. TCL will showcase prototype devices at Mobile World Congress, with first devices coming to market at some point in 2020

Related Reads: All the foldable smartphones announced so far at MWC 2019