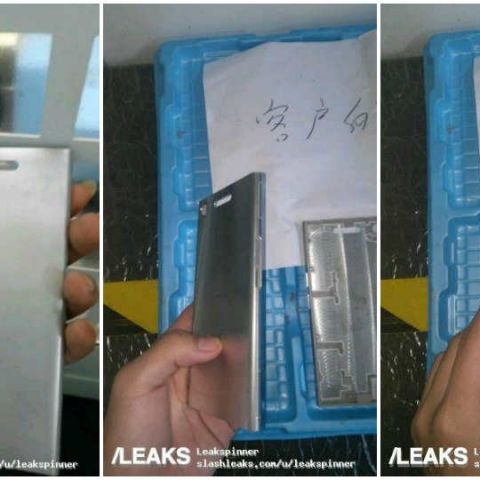 The Sony Xperia XZ1 has been the subject of a number of leaks recently and this new one gives us a good idea of what the back of the phone may look like. Slashleaks has posted an image tipped to be the rear panel of the upcoming smartphone. The shell sports a large camera as well as flash module suggesting that the phone might improve upon the camera used on the Xperia XZ Premium and the Xperia XZs. Previous leaks suggest that the phone may house a 19MP rear camera, and offer super slow motion videos at 960fps.

Steve Hemmerstoffer, aka @OnLeaks has posted renders of the phone based on the factory CAD designs. The renders were posted in partnership with CompareRaja. The phone is tipped to be 8.2mm thick and may be priced at around $800, which is around Rs 51,300.

Here comes ur very 1st look at #XPERIAXZ1 (360 video + dimensions based upon factory CAD) on behalf of @compareraja https://t.co/7nzuVfdfKl pic.twitter.com/4IbfDxcFta

Sony is expected to launch the smartphone alongside the Xperia XZ1 Compact around IFA 2017. GFXBench listings suggests that the phone may sport a 5.1-inch Full HD display and may be powered by Qualcomm’s Snapdragon 835 platform. It is expected to offer 4GB of RAM along with 64GB of storage. The listing also tips the phone to come with Android 8.0, which suggests that Google may unveil the new version of Android before the end of this month.

Besides these two phones, Sony may also unveil a new device that might showcase the company’s own take on a bezel-less smartphone.The device is tipped to come with a 6-inch ‘Full Active’ screen, which is expected to be manufactured by Japan Display. The phone is tipped to offer a resolution of 2160 x 1080 pixels with an aspect ratio 18:9. This is similar to the aspect ratios offered by Samsung Galaxy S8 and LG G6.