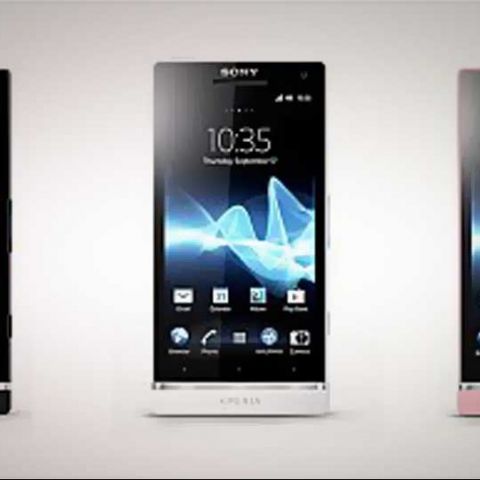 The Xperia SL is one of Sony’s high-end smartphone and boasts of a 4.3-inch display with a resolution of 1280x720. Under the hood, the device is powered by a dual-core 1.7GHz processor and 1GB RAM. The smartphone has 32GB Internal storage and no expandable storage via microSD card but does offer 50GB of Cloud storage for a limited time. The device runs on Google Android 4.0.4 ICS but will be upgradable to Android 4.1 Jelly Bean. In other features, the Xperia SL supports HDMI Support, DLNA Certified, 3D and motion gaming, 3D surround sound, TV launcher and the Walkman application.

The rear of the smartphone houses a 12MP camera with an LED flash with the ability to shoot video in 1080p where as the front has a 1.3MP video calling camera @720p. It also supports NFC and Bluetooth.

The Sony Xperia S is currently available in India for Rs. 28,999, runs on Android 2.3 Gingerbread upgradable to ICS, has a Qualcomm MSM8260 Snapdragon 1.5GHz dual-core processor with 1GB RAM. The smartphone has a 4.3-inch LED display with a resolution of 1280 x 720. Its built-in storage is 32GB. Just like the SL, the S also has a 12MP camera with 1080p videos and is powered by a 1750mAh battery. You can catch our complete review of the device here.

The differences between the two devices is that the Xperia SL is powered by a slightly faster 1.7GHz processor, comes with 50GB of cloud storage, and comes with Android 4.0.4 out of the box.