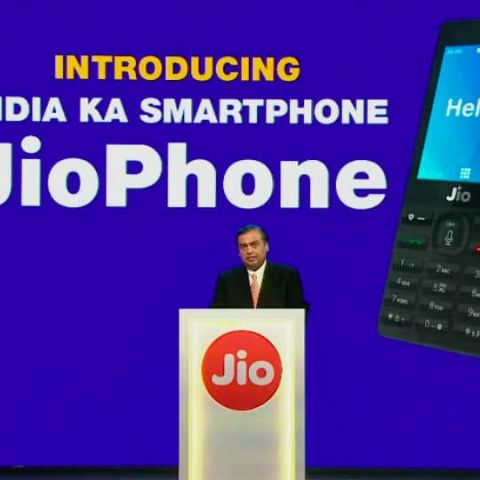 Counterpoint Research says that that as the penetration of smart feature phones increases globally, new business and revenue opportunities will be created for the entire mobile value chain.

Over the next three years, nearly 370 million smart feature phones are expected to be sold across the world, and it will introduce an untapped customer base to high-speed internet, apps and services, Counterpoint Research has said in its latest research. The market research firm also added that this trend will open a whole host of new business and revenue opportunities for the entire mobile value chain generate a revenue opportunity of $28 billion.

“The revenue opportunity from increasing sales of smart feature phones is expected to be in the region of$28 billion over the next three years. This will be enabled by a potential of more than 300 million smart feature phone users globally by the end of 2021. Software and Services alone will contribute to 71 percent of this near- to mid-term revenue opportunity, or around$20 billion,” Neil Shah, Research Director at Counterpoint Research, said in a statement.

The firm said that although the trend to migrate to smartphones is strong, less tech-savvy users and first-time users continue to prefer a feature phone form-factor and user interface (UI). The trend is prevalent in many African countries and India, where literacy rates remain well below 70 percent. For users in such countries, moving to a smartphone “is a steep learning curve” and it is due to this fact, there are still two billion active users of feature phones across the world. This is the space that smart feature phones will enter. 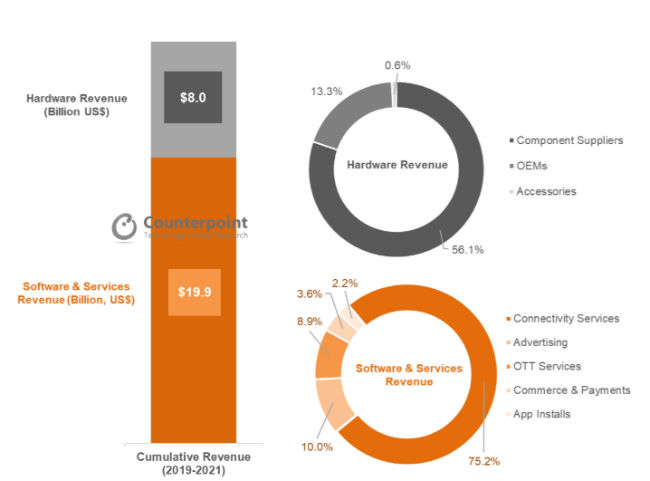 Counterpoint Research says that KaiOS is the one of the key companies that is driving the growth of smart feature phones. Over the last year and a half, eight KaiOS-powered devices have been launched with multiple models launching in the first quarter of 2019. These models have been launched across North America, Europe, Africa, South East Asia, and India. Reliance Jio was the fastest to see the opportunity and adopted the platform.

It is due to this reason that Reliance Jio has been able to acquire tens of millions of 2G feature phone users to its 4G network with its KaiOS-powered 4G JioPhone and JioPhone 2. According to the firm, out of more than 100 million subscribers that Reliance Jio added since the Jio Phone was launched in late 2017, the KaiOS-powered 4G smart feature phone has contributeed close to half of those net additions.

When it comes to the biggest beneficiaries, the largest beneficiary from the growth in smart feature phones will be network operators. The existing 2G customers can be moved to a more efficient 4G network, and network operators can then free-up the 2G spectrum and re-farm it for 4G, upcoming 5G or Low Power Wireless Access (LPWA) IoT networks. Further, as customers move to the 4G network, operators can drive voice as well as data revenues increasing their average revenue per user (ARPU).

“Perhaps the biggest benefit of 4G smart feature phone adoption for operators is the opportunity to accelerate the adoption of more efficient technologies with much lower cost/bit metrics with users on 4G/5G networks than on 2G/3G networks. Further, operators have the potential to drive voice as well as data revenues and, in the process, increase the 4G ARPU. It will help operators achieve a return on 4G equipment and network rollouts. We estimate close to$ 15 billion in connectivity service revenues will be generated, cumulatively, between 2019 and 2021,” Varun Mishra, Research Analyst at Counterpoint Research, noted.