Samsung's refurbished Galaxy Note 7 gets benchmarked ahead of launch

The Samsung Galaxy Note FE is said to launch later this month with an Exynos 8890 processor, 4GB RAM and a smaller 3200mAh battery 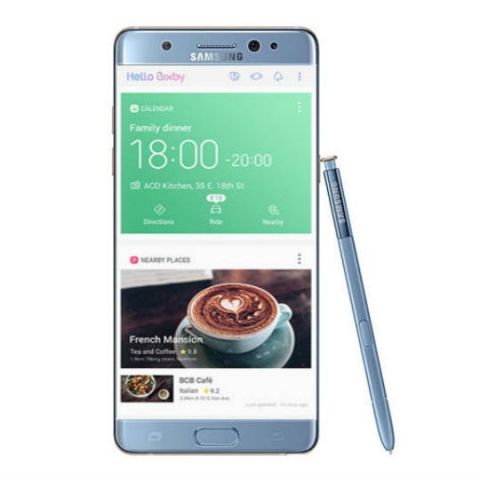 The GeekBench scores don't reveal the clock frequency of Exynos 8890's high-performance cores, but it does manage to perform better than some current flagship smartphones. With a single core score of 1957, the Galaxy Note FE falls short of matching the Exynos 8895 powered Galaxy S8+ but betters the Snapdragon 835 powered Xiaomi Mi 6, HTC U11 and Xperia XZ Premium. In the multi-core test, the Galaxy Note FE performs better than the Xperia XZ Premium, but fails to beat Samsung's Galaxy S8+ and other flagships powered by the Snapdragon 835 platform.

GSMArena notes that the results are based on GeekBench 4.1 test and are not comparable with those based on version 4.0 or lower. The Galaxy Note FE is said to launch with the same design as last year's Galaxy Note 7, but offers a smaller 3200mAh battery. It is also rumoured to launch with Samsung's Bixby digital assistant and has received FCC and WiFi certification. The refurbished Galaxy Note 7 will only be available in South Korea along with a few select markets and is expected to become official by the end of this month.