Samsung has posted a teaser video that all but confirms the launch of the company’s foldable smartphone on February 20. 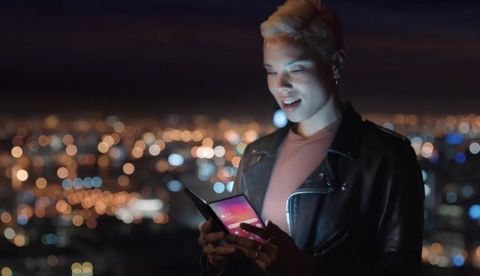 Samsung partially showcased its foldable phone at its Developer Conference in November last year and a limited number of people got to experience it at this year’s CES. However, the company didn’t really dole out the official announcement date of the device, but it has now announced that it will showcase its foldable phone on February 20 at the Galaxy Unpacked event, alongside the Samsung Galaxy S10 lineup. The announcement comes via the company’s official Twitter account where it posted a teaser video, which is clearly an intimation about the Galaxy F's launch. The caption of the tweet reads, “The future of mobile will unfold on February 20, 2019,” which is also a nod at the device’s impending launch.

The future of mobile will unfold on February 20, 2019. #SamsungEvent pic.twitter.com/MHvwrt7Rf4

From what we know so far, Samsung's foldable phone could be called the Galaxy Fold or Galaxy Flex. It will feature two displays, one of which is rumoured to be larger with a 7.3-inch screen, 1536x2152p resolution and 420 dpi. The other one might be 4.58-inch in size with 840x1960p resolution and the same screen density. The larger display is slated to feature a 4.2:3 display aspect ratio while the smaller one might have a 21:9 display aspect ratio. Samsung recently outed a video under its new campaign to “kick off a year that will both celebrate the 10th anniversary of Galaxy smartphones and set the foundation for the next decade of new, innovative and groundbreaking products.” in this video, the company showcased a slew of futuristic tech but the one that caught our eye was a short glimpse of the foldable phone.

A previous report on the device showcased some high-quality 3D renders of Samsung’s foldable phone. According to the renders, the front-facing camera is missing from the device and this might just turn out to be true since when the phone is folded outwards, the rear cameras might face the user, thus eliminating the need for a front-facing camera. Additionally, the renders showcase an edge-to-edge display on the phone, in both folded and unfolded modes. When folded, the display shows four horizontally aligned icons, while in the unfolded state, the number of icons doubles up to eight that are placed from left-to-right. As mentioned earlier, the smartphone maker previously showcased the phone at its annual developer conference but at that time, the device was revealed in dim lighting and was covered in a case to hide its design.

Samsung foldable phone may have been revealed in company's promo video