Samsung's foldable smartphone is finally a reality with a rather hefty price tag associated with it. It does come with a number of features which sound really exciting on paper. 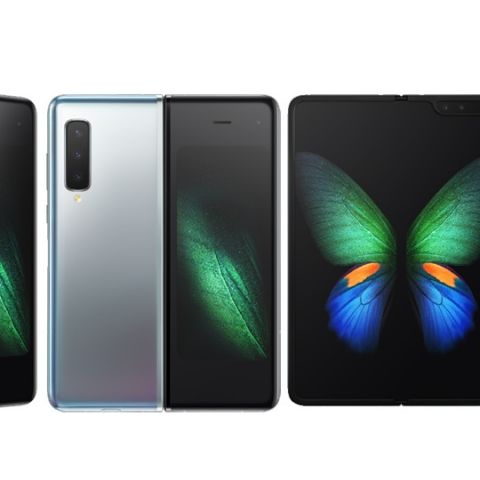 Up until now, not a lot was known about the phone, but during the event announcements, we got to know the phone a lot better. The Samsung Galaxy Fold will feature a 4.6 inch HD+ Super AMOLED display with a resolution of 840x1960 pixels. When opened, the phone turns into a 7.3-inch tablet with a "Dynamic AMOLED display" and a resolution of 1536 x 2152. Powering the gigantic device are two batteries that Samsung says will act as one. The total capacity for the battery is 4380mAh.The phone will come with 512GB of UFS 3.0 storage. At the heart of the Samsung Galaxy Fold is a “7nm processor” mated to a whopping 12GB of RAM. 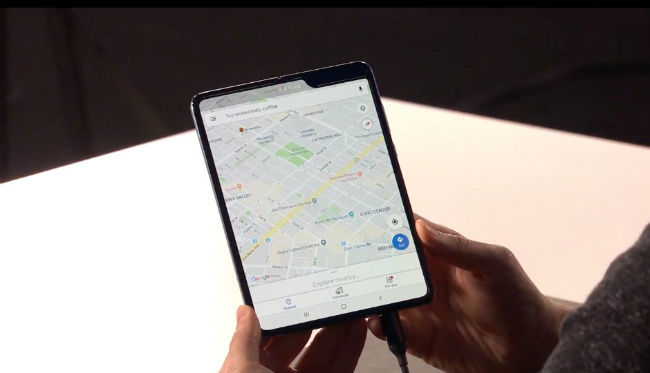 The experience of the device revolves around the foldable nature of the Samsung Galaxy Fold. Samsung claims they engineered the hinge from the ground up to offer a smooth experience of opening and closing the phone. Making this experience seamless also required reworking the OS software. Samsung showed off how going from the front screen to the unfolded screen moves the content seamlessly to the bigger display with a feature called App Continuity. As the Galaxy Fold opens and closes, apps will automatically show up where users left off. With the bigger screen, you can run up to three apps at a time with the Multi-Active Window feature. Apps like Facebook, WhatsApp, Google Maps have also been optimised for the device so that they fit its unfolded screen properly. 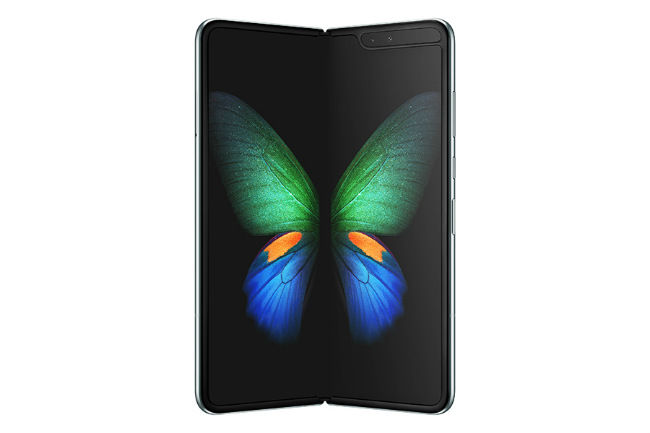 In terms of imaging, the Samsung Galaxy Fold features 6 distinct cameras. The cover camera is a 10MP camera with an aperture of f/2.2. The rear triple cameras consist of a 16MP Ultra-Wide Camera with an f/2.2 aperture,  a 12MP Wide-angle Camera with Dual Pixel AF, OIS, and dual aperture of F1.5/F2.4. Lastly, there is a 12MP Telephoto Camera with PDAF, OIS, F/2.4 to offer 2X optical zoom. The front-facing dual cameras are a 10+8 megapixel combo with apertures of f/2.2 and f/1.9 respectively. That is a lot of cameras for one phone.

In terms of OS, the Galaxy Fold runs on Android 9 Pie.

The Samsung Galaxy Fold will be available starting April 26 for a retail price of $1980 (approx Rs 1,40,619). There is no word on India availability and pricing yet.