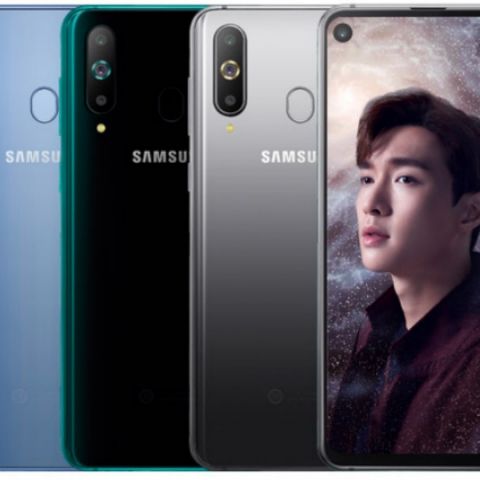 Even while Samsung is gearing up to introduce its Galaxy M series of phones in India, a new report is claiming the South Korean tech giant may launch at most 10 new Galaxy A-series smartphones in first half of 2019 itself. By flooding the market with devices is going to be Samsung’s strategy to counter the growth of Chinese manufacturers like Xiaomi, Honor, Oppo and Vivo in India. The Galaxy A-series phones tout high-end features like AMOLED displays and more recently, triple and quad cameras, and takes on the upper mid-range market.

The report by SamMobile claims Samsung will launch 9 A-series phones with the following model numbers — SM-A105, SM-A202, SM-A205, SM-A260, SM-A305, SM-A405, SM-A505, SM-A705, and SM-A905. Not all of these models might eventually launch in global markets. Instead, Samsung will focus more on Asian markets with the new devices. There’s a strong indication that China and India are going to be important markets for Samsung in 2019.

An earlier report revealed Samsung’s plan of launching the Galaxy A60, a low-power version of the Galaxy A8s that comes with the Infinity-O display. The phone could be priced roughly around Rs 25,000 and is expected to be called Galaxy A8s Lite.

The upcoming A-series phones are expected to introduce new features like in-display fingerprint sensors, multi-camera setups, punch-hole cameras, ToF 3D sensors and more. As for the branding, the report states the A-series phones might be named in double digits, as opposed to single digits like the Samsung Galaxy A60.

Samsung is set to launch the Galaxy M series in India on January 28. The new modes will include the Galaxy M10, Galaxy M20 and Galaxy M30, starting at Rs 8,990 for the Galaxy M10. The Galaxy M20 with an Infinity-V display, is expected to be priced at Rs 12,990. The phones are expected to sport at least dual camera setups at the back.

Samsung Galaxy A8 Star, A8 Lite spotted on 3C certification site with fast charging support as launch draws near