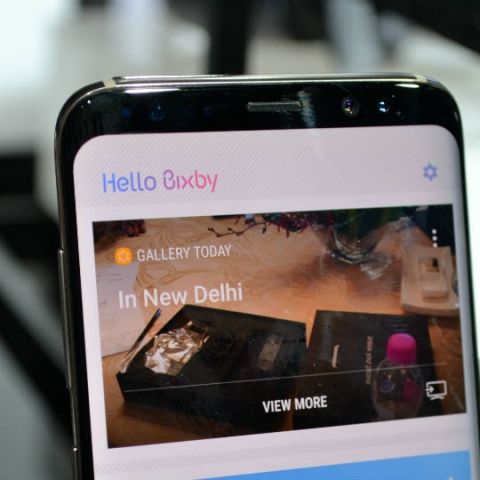 Samsung's own digital assistant named Bixby is yet to take off among Galaxy flagship smartphone users. The company launched Bixby as a replacement to S Voice in March alongside Galaxy S8 and S8+. The assistant is also available on Galaxy Note8 and in order to expand its reach, the company even added a dedicated Bixby button.

At the launch of Bixby, Samsung believed it will replace Google Assistant on Android for company's Galaxy flagship users. Soon after the launch of Galaxy S8 series with dedicated Bixby button, apps started emerging which allowed owners of Galaxy S8 and S8+ to remap the button to launch an app of their choice. The South Korean company killed all such applications and made it impossible to remap the button for any function other than launching company's digital assistant. In September, Samsung had a change of heart and allowed Galaxy S8 and Note8 owners to disable the button.

Now, Sammobile reports that Samsung is releasing a new update that completely kills the Bixby button. The new update for the Bixby service and Bixby apps allows users to completely disable the button. Earlier, users noted that Bixby button acted as power button after disabling it with an update released in September.

Once Galaxy S8, Galaxy S8+ and Galaxy Note8 owners update Bixby services and other associated apps and toggle the switch to disable Bixby button, it won't invoke any action even when users press it accidentally. The company is virtually killing the button without detailing the future of that button but Bixby is here to stay and it is expected to get smarter with future versions.

The major problem with Bixby was its delayed launch and lack of voice support, which irked some customers. With company killing remapping option, the customers demanded Samsung to add an option to disable the button from accidentally triggering the assistant. While Samsung is technically killing the button now, it remains to be seen whether the assistant succeeds in its second act against competitors like Google Assistant.