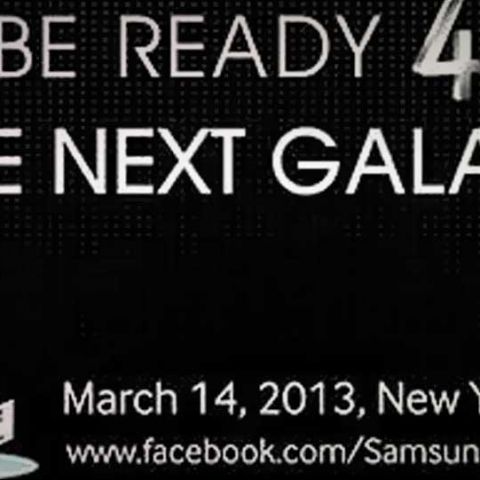 The star power of the Samsung Galaxy S IV means that it won't be launched at a simple event. Like movies or video games, Samsung has decided to increase anticipation for its upcoming flagship Android smartphone by releasing a teaser video that clocks in at less than a minute and a half. Although the video doesn't really show the phone (serving the point of being a teaser), it has managed to create some noise on the Internet.

The video stars a kid in a suit who is excited about being shown the Galaxy S IV (as most kids who dress up in suits are prone to be, I suppose). The kid is handed a big box by a man, also in a suit which contains the Samsung Galaxy S IV. The kid peeks into the box and is enchanted by the glow coming out of it (it probably doesn't mean that the SAR ratings for the Galaxy S IV are so high that the phone is practically radioactive, but it would be hilarious if someone made that assumption).

And that's the entire ad. We admit it is pretty lame and the acting is between bad and atrocious but hey, at least it means that we're close to getting our hands on the Galaxy S IV, though the March 14 unveiling has been confirmed anyway.

For those not following the news leaking about the S IV, the phone will be shown off at an event in New York on the 14th of this month. It's expected to sport a 5-inch full-HD display, a 13MP camera and will probably be powered by a quad-core processor either from Samsung or from Qualcomm.