Samsung Galaxy Note 8 may not have under-display fingerprint sensor 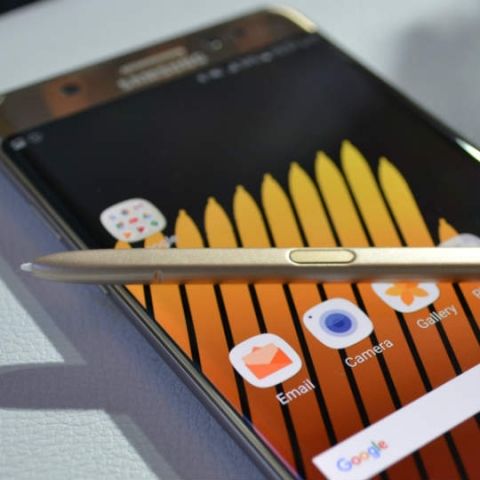 After the Samsung Galaxy S8 and S8+, the Korean phone maker is preparing for its next big launch, the Galaxy Note 8. Previously, the phone was rumored to feature an all new fingerprint sensor embedded right into the display. However, a report from South Korean website, Naver, suggests that Samsung may not ship the phone with an in-display fingerprint scanner. The website claims to have got this information from Samsung Electronics official, who said “We made every effort to install a display-integrated fingerprint sensor on Galaxy Note 8, but we decided not to install it on this strategic phone due to various technical limitations such as security.”

The Samsung Galaxy Note 8 is also rumored to feature a 6.3-inch QHD+ infinity display. This could mean that the device will be a bit taller than its predecessor with minimum bezels. The phone is expected to be powered by the same SoCs as the Galaxy S8 and S8+, namely Qualcomm Snapdragon 835 or Exynos 8895, depending on the region. The upcoming phone is also rumored to feature a dual camera setup at the back. Previous reports suggest that the phone might have a 12MP + 13MP camera setup. The 12MP camera may use a wide-angle lens supporting dual photodiode (2PD), while the 13MP camera might be fitted with a telephoto lens.

It was reported earlier that Samsung might be planning to launch the Galaxy Note 8 in August, ahead of Apple’s next iPhone launch. Besides that, Samsung might have to reassure its customer base that the next Note will be safe to use and has no risk of catching fire like its precedessor.