The smartphone will reportedly cost 100 Pounds higher than its predecessor and freshly leaked renders of the smartphone tip at a new Lilac Purple variant.

Samsung is all set to unveil its 2018 flagship smartphones, the Galaxy S9 and the S9 Plus during the MWC 2018. There have only been speculations and rumours of how much the devices will cost. However, a TechRadar report claims that the Samsung Galaxy S9 and S9 Plus will cost 100 Pounds more than its predecessors, citing an insider source. Evan Blass has also tweeted press renders of the smartphone in Lilac Purple variant ahead of the event, revealing the design and reaffirms the rumours that only the Galaxy S9 Plus will feature dual rear cameras.

The smartphones are expected to be priced 100 Pounds (Rs 8,000 approx) higher than their predecessors. According to the report, the Galaxy S9 could be priced around 789 Pounds (Rs 70,450 approx). "You can expect the S9 to cost £100 more than the Galaxy S8 when it was released last year," said TechRadar’s source. "The truth is that last year's massively inflated smartphone prices on handsets like the S8, Note 8 and iPhone X have shown that there are plenty of people out there willing to pay these higher prices."

The Galaxy S9 /S9 Plus are rumoured to launch in Midnight Black, Titanium Gray, and Coral Blue variants and the new leaked press renders suggest that it will also come in Lilac Purple color model. There are fewer changes to the smartphones in terms of design, compared with their predecessors, however, the rear placed fingerprint scanner has been repositioned beneath the camera and as mentioned above, only the Galaxy S9 plus seems to sport dual cameras at the back. 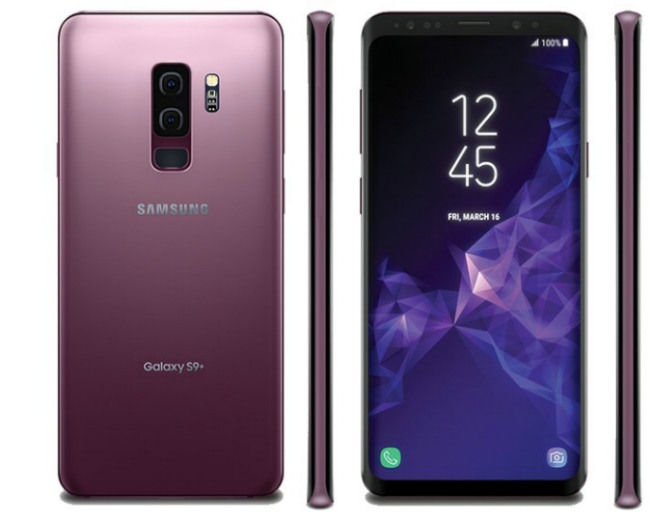 As per a previous report, the Galaxy S9 and S9 Plus will be backed by 3,000mAh and 3,500mAh batteries, similar to the Galaxy S8 and S8+ respectively. The smartphones are also expected to come with variable aperture technology, which was first used on Samsung’s China exclusive flip phone, the W2018. There are also rumours that the smartphone could support video recording at 1000fps.

In terms of specifications, the Galaxy S9 and S9 Plus could feature the same 18.5:9 aspect ratio displays with a 5.65-inch and a 6.1-inch display respectively. The devices are expected to be powered by the Octa-core Qualcomm Snapdragon 845 SoC and will most likely run on Android 8.0 Oreo. CAD renders of the smartphones reveal a thin-bezel design and a rear placed fingerprint sensor. You can read more about the smartphones here.