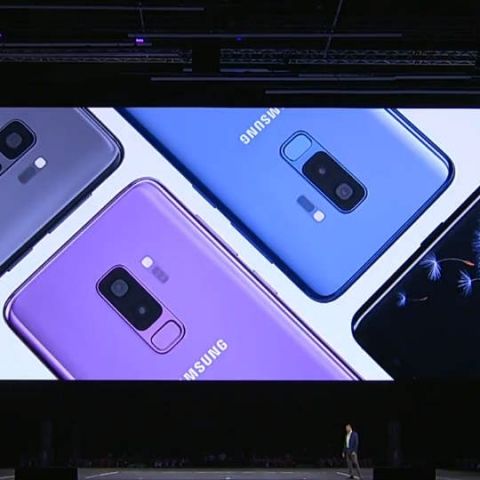 Samsung is rolling out a new update for its Galaxy S9 smartphone that brings the device’s Android security patch to January 2019. The new patch also brings some notable improvements to the phones like optimisation of the phone’s front camera, its overall stability of functions and better security. Samsung states that after installing the update, the brightness of faces in backlit conditions will be improved. It remains to be seen how much the imaging capability of the phone’s front camera improves after the update. Additionally, SamMobile reports that the Samsung Galaxy S7, which was launched back in 2016, has also received the January security patch and it is being seeded to units globally.

The new update for the Galaxy S7 is said to sport the software version G930FXXS3ERLF and also fixes three critical Android vulnerabilities. Additionally, the patch addresses a flaw that affected only Samsung’s software. The patch is said to be an OTA rollout and should be made available for users over the course of a few days and the Galaxy S7 Edge should also receive the same update in a few days. Last month, Samsung announced the Android 9 Pie update for its Galaxy S9 and S9+ smartphones. Users of the two handsets in Germany received the update that brings the new Samsung OneUI interface.

More Samsung devices should soon start receiving Android Pie update since the company recently revealed its Android 9 Pie update roadmap, along with the names of its smartphones and tablets that will be updated. Here's the list:

The list reveals that Samsung will take its time to roll out the update across its portfolio of devices. Interestingly, only phones launched after 2017 will receive the Android 9 Pie update. This means the Galaxy S7 and the S7 Edge and older devices will not get the update, as both phones have received the promised two version updates.