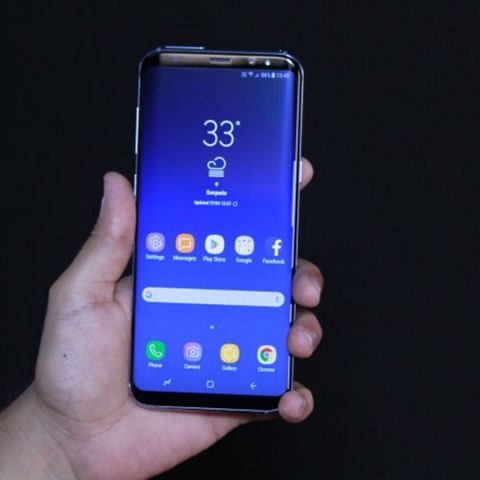 Some Samsung Galaxy S8 and S8+ users are complaining that their device’s screen is waking up randomly. Some users reported the issue on Samsung’s community forums post and said that about every 10 seconds, their Galaxy S8+/ S8 lock screen wakes up without any user interaction. Some Redditors reported the same and said that it happened only while the device was charging wirelessly whereas some others noted that the issue persisted even while charging their smartphone via a cable.

The issue wasn’t resolved even after users performed a factory reset and cache wipe on their devices, as suggested by moderators on the Samsung forum. A moderator on another Samsung forum suggested disabling connectivity options and using safe mode, which also didn’t work.

This problem was initially reported back in June last year, however, some users said that they noticed it ever since the November software update rolled out to their devices. Samsung is yet to respond and detail what’s causing the issue on Galaxy S8 and S8+ smartphones. Galaxy Note 8 users have also reported of the same problem and said that the random wake up is causing faster battery drain.

Recently some Galaxy Note 8 users complained that their smartphone refused to turn on after being fully discharged. Several user complained on Samsung’s Community forums and saying the issue caused their Galaxy Note 8 smartphones to remain turned off and unresponsive after its battery was fully drained and dropped to 0 percent. The company has acknowledged this issue and is providing repair or replacements for the devices which are still under warranty.