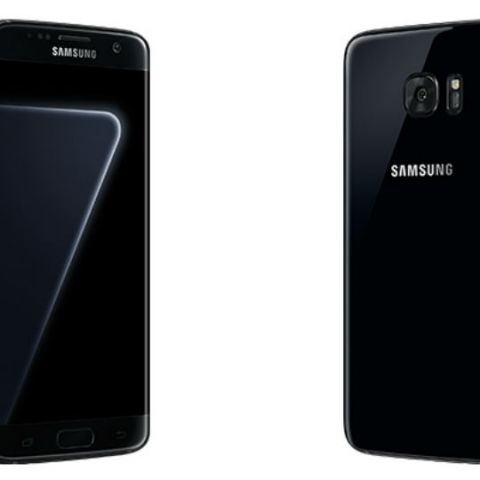 Samsung Galaxy S7 Edge(₹ 39999 at amazon) black pearl is basically the Korean competitor for the crown of most fingerprint-friendly smartphone. If you wanted to take a Galaxy S7 edge to the ring against Jet Black iPhone 7 then this would be it. The device offers a design similar to the S7 edge Olympic Games edition but this is more glossy.

Samsung Galaxy S7 Edge in black pearl actually covers the entire device including the edges by adding depth to its glass. While it looks cool, it will definitely be prone to scratches anc bringing in a case is advisable.

Having lost out on a flagship for the second half with Note7 debacle, Samsung is looking to capitalise by introducing new colour variants. The company very recently introduced Blue Coral variant and now glossy black colour option. Samsung is also working on the next-generation Galaxy S8 which is rumoured to feature all-screen design.

Samsung has lost out to Apple with the new iPhone 7 but the company's Galaxy S7 edge continues to be the third most popular smartphone in the US, according to a new Kantar Worldpanel report.