Samsung revealed the Galaxy S II Plus back in January and rumours about the existence of the device have been there since December 2012. The S II plus is now officially available in India at Rs. 22,900 on Infibeam.com. The smartphone is listed as an 'in stock' item and can be shipped in 7 business days.

Straight out of the box, the smartphone runs on Android 4.1 Jelly Bean. In terms of other specifications, the Galaxy S II Plus shows off a 4.3-inch Super AMOLED Plus WVGA display with a 800x400 pixel resolution. A 1.2GHz dual-core processor and 1GB of RAM power the device.

It boasts of 8GB built-in storage expandable up to 64GB via a microSD card. Under the hood, a 1,650mAh battery powers it. The rear of the camera houses an 8MP camera and the front has a 2MP camera for video chatting.

In mid-December, we reported that that images and specs of the Galaxy S II Plus had leaked online. You can read about the leaked images here. 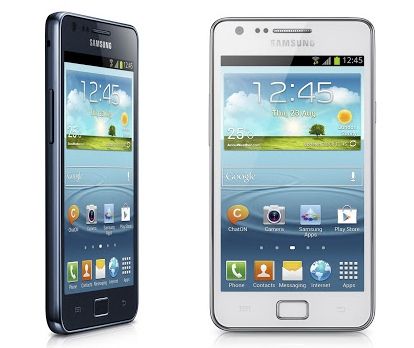 The smartphone runs on the Broadcom CPU, the same one that is powering the recently launched Samsung Galaxy Grand Duos. The Grand Duos is a 5-inch dual-SIM smartphone from Samsung. In terms of its specifications, the Grand Duos runs on Android 4.1.2 Jelly Bean straight out of the box. The 5-inch display has a resolution of 480x800 pixels. It has 8GB built-in storage, 1GB RAM and runs on the 1.2GHz Broadcom CPU. The rear of the smartphone houses the 8MP camera and it also sports a front facing camera for video calling. It also boasts of Dual-SIM capabilities and 2100mAh battery powers the entire package.