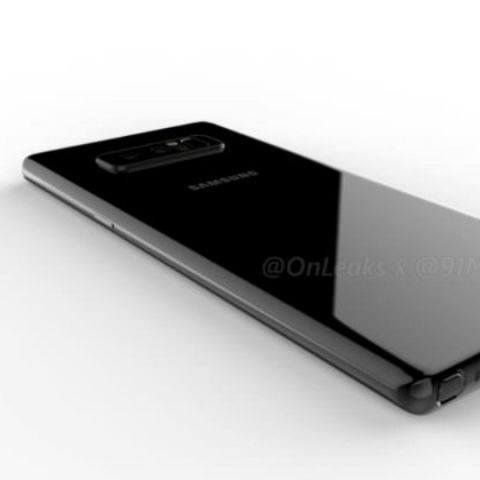 Samsung Galaxy Note 8, the successor to ill-fated to Galaxy Note 7 is expected to launch around mid-August this year. The Note 8 is already tipped to be Samsung's most expensive smartphone yet, launching at a retail price of €999 (around Rs 72,000). Now renders of the smartphone have leaked online revealing the design and dual-rear camera setup on the phone.

According to CAD renders obtained by 91mobiles in collaboration with OnLeaks, The smartphone seems to sport a design that resembles a mashup of last year's Note 7 and recently launched Galaxy S8 series. The handset is said to measure 162.4 x 74.5 x 8.4mm in dimension, making it wider, taller and thicker than the Galaxy S8+. The most notable thing here is the camera bump around the dual-rear camera setup and the rear fingerprint sensor placed next to it. 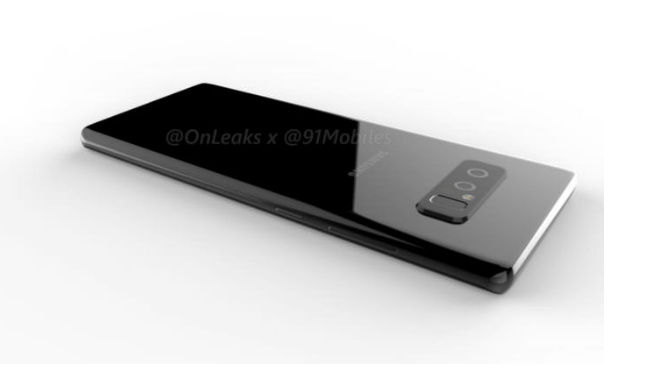 The front of the device sports a nearly bezel-less design and the bottom is said to house the 3.5mm audio jack, USB Type-C port and a dedicated slot for the S Pen. In terms of specifications, the Galaxy Note 8 is said to sport a 6.3-inch Quad HD+ dual curved AMOLED display, and would be powered by either the Snapdragon 835 or the Exynos 8895 chipset. The smartphone is also expected to launch with 6GB RAM as standard, as opposed to 4GB RAM offered with the S8 duo.

Rumours also suggest that Samsung's dual 12MP camera implementation will be similar to that of the iPhone 7 Plus, with one wide-angle lens and another telephoto lens. However, the Galaxy Note 8's telephoto lens could support up to 3x optical zoom. The smartphone is expected to house a modest 3300mAh battery with support for wireless charging and fast charging. The smartphone is also likely to support the new S Pen features and Samsung's DeX desktop dock accessory.