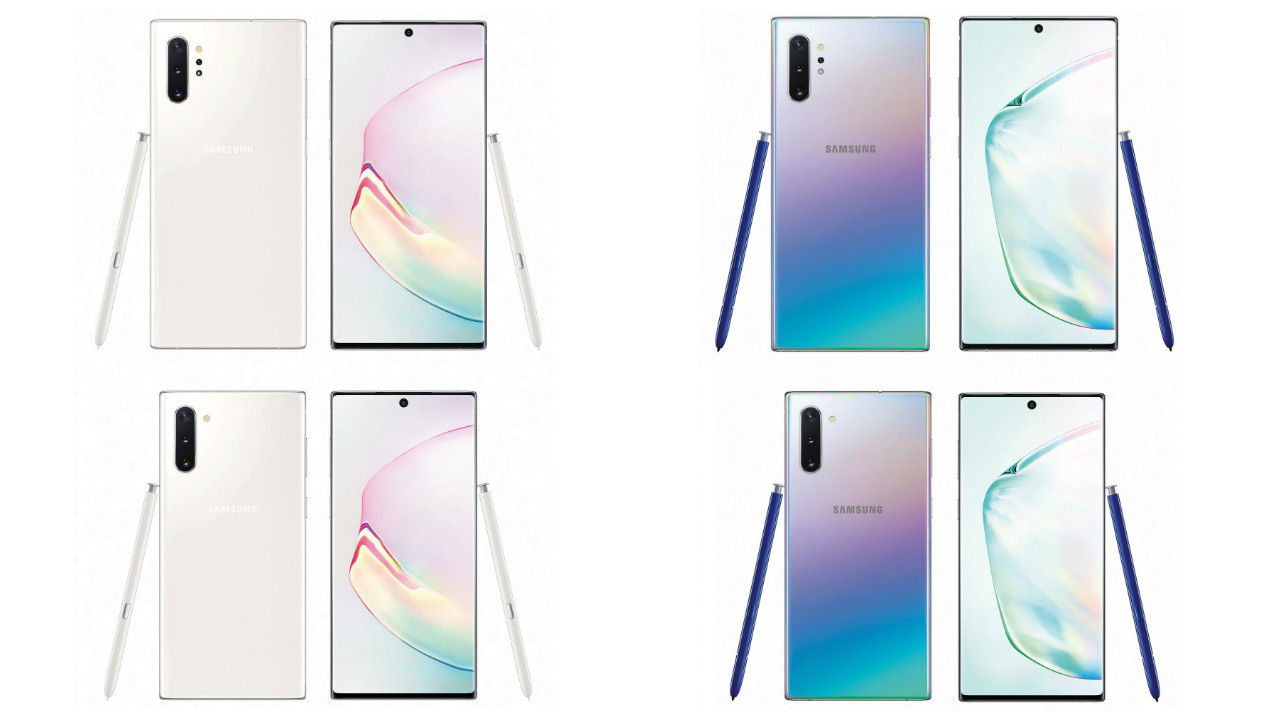 The Samsung Galaxy Note10 series of phones are turning out to be one of the most extensively leaked handsets. Ahead of the official Samsung Galaxy Unpacked event on August 7, the phones have been outed multiple times in renders, live images and reports. Now, a new image by the tipster Evan Blass gives us an even better look at the upcoming phones. The tipster has shown off three colour options of the Samsung Galaxy Note10 and Note10+ in a new image, which suggests that the handsets could be launched in Black, White, and a Pearl gradient colour model.

As you can see from the image below, the Samsung Galaxy Note10+ is said to be the first row. The image not only gives us a good look at the device’s three colour models but also at its design. There are four cameras on the back, one of which is speculated to be a ToF sensor and the punch-hole display design on the upper-mid section of the screen is clearly visible too. The S Pen on the side is a good way to give us an idea of how big the device could be. On the bottom row is the Samsung Galaxy Note10, which looks a bit smaller than the Galaxy Note10+. There is also no ToF camera on the back. The power button is also not present on the device’s right spine, while the volume rockers and the Bixby button sits on the left edge.