Samsung Galaxy Note 8 is the second half flagship smartphone from the South Korean company. The smartphone features dual cameras, improved S Pen and is priced at Rs 67,900. 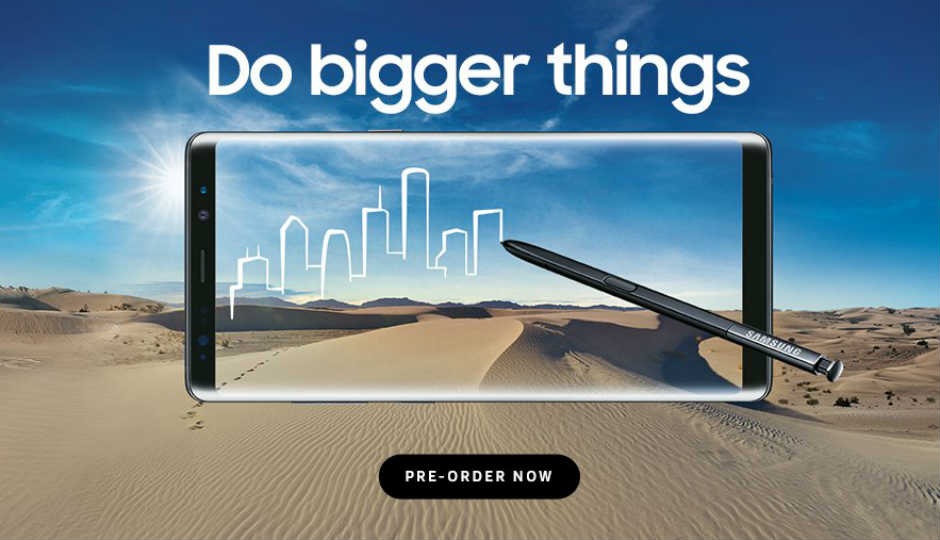 Samsung Galaxy Note 8, the dual-camera flagship smartphone is now available for pre-order from Amazon India. The smartphone was launched here on September 12 and it is priced at Rs 67,900. As part of pre-order, the e-commerce giant is offering a free wireless charger and one-time screen replacement at Rs 990.

The Galaxy Note 8 was announced last month as Samsung's second flagship of the year and replacement to last year's ill-fated Note 7. In India, Note 8 buyers can get the device at no cost EMI and HDFC Bank credit card users get Rs 4,000 cashback. Reliance Jio is also offering 448GB additional 4G data with the purchase of the Galaxy Note 8.

The smartphone continues on the Infinity Display design language first seen on the Galaxy S8 series. It features a 6.3-inch Quad HD+ Super AMOLED display with dual curved edges and is powered by the company's own Exynos 8895 chipset. The smartphone comes with 6GB RAM and 64GB storage further expandable up to 256GB via SD card slot.

The Galaxy Note 8 also comes with an improved S Pen offering improved sensitivity and new software features like translation and live message. The handset comes with dedicated Bixby button, which can be disabled to prevent from accidental launch. The Note 8 also supports Samsung DeX, which turns the smartphone into a full-fledged computer.

On the software front, the Note 8 runs Android 7.1.1 Nougat with TouchWiz UI and it is backed by a 3300mAh battery. The Note 8 differs from Galaxy S8+ primarily in terms of its dual camera setup and S Pen functionality. The smartphone supports Samsung Pay contactless payment and will be available in maple gold and midnight black colour options.