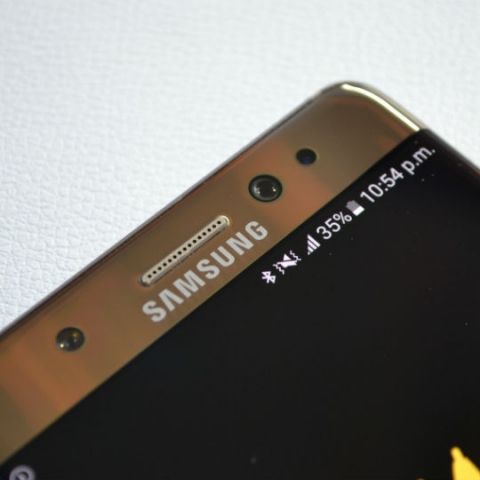 Information circulating the internet suggests that Samsung’s latest flagship, the Galaxy Note 7, crashes randomly after a few days of regular use. There is no set pattern that leads to the crash, and people have taken to forums to complain about crashes, boot loops and bricking of the device.

Phonearena has faced issues with its unit, too. It says, “We even had the phone crash while in Recovery, and it is currently stuck on a bootloop right on our desk as we are writing this story. Factory resets, wiping the cache, or anything else that is user-accessible doesn't seem to help, too, so it might be a hardware issue. Users have reported that even certified Samsung shops have been unable to deal with the issue and have replaced the phone with a new one instead.” Phonearena suggests that it may be an issue related to the Exynos variant of the phone, which happens to be selling in India. Internationally, the smartphone has received generally great reviews, baring a few exceptions. We are yet to receive our unit of the Samsung Galaxy Note 7, and have reached out to Samsung for comments on the issue.

The Samsung Galaxy Note 7 is priced at Rs. 59,990. Under the hood, it is powered by an Exynos 8890 SoC, coupled with 4GB of RAM. It has a 12MP Dual Pixel camera, the same one that we have seen and loved on the Galaxy S7 and S7 Edge. Samsung has added 64GB of internal storage, which is expandable by up to 256GB via microSD cards. Along with curved edges, the 5.7-inch display on the Note 7 also lets users change the resolution from QHD to FHD and below, in order to save battery.

If you are facing a similar issue with your unit of the Galaxy Note 7, please let us know in the comments section below, or write to us.