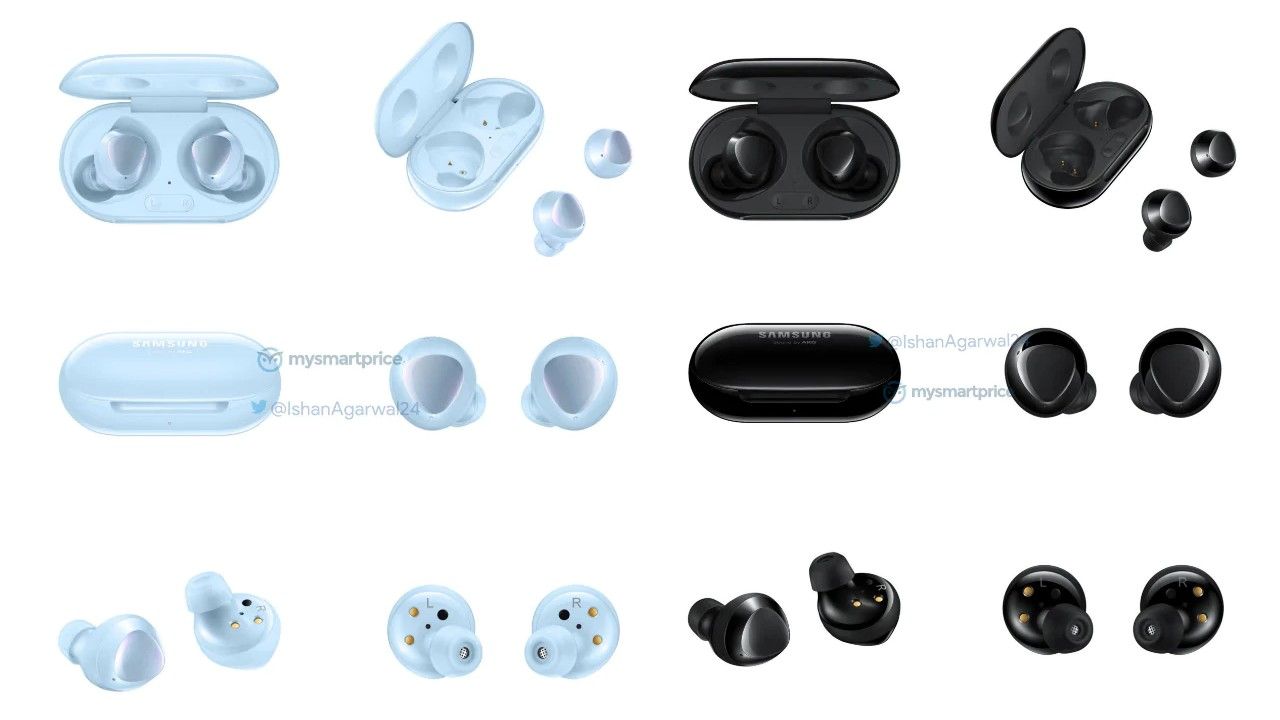 Samsung Galaxy Buds+ are reported to launch at the Galaxy Unpacked event on February 11.

The latest development comes from tipster Ishan Agarwal. He took Twitter to reveal the colour variants of the upcoming Samsung Galaxy Buds+.  The renders suggest that the Samsung Galaxy Buds+ may launch in three options – Black, Light Blue, and White. The leakster also claims that Galaxy Buds+ will be up to 50 percent more expensive than the Galaxy Buds depending on the regions. In the renders, physical buttons can be spotted right below the LED indicator. Further, the charging case is said to support wireless charging and also charge via a USB Type-C port.

Galaxy Buds+ are rumoured to ditch the active noise cancellation (ANC) feature. The device is said to come with a larger 85mAh battery, which is claimed to last about 12 hours. This battery size is almost double to that of the predecessor, which has a 58mAh battery only. The Galaxy Buds are reported to launch at the Galaxy Unpacked event next month. Samsung is expected to launch three models - Galaxy S20, Galaxy S20 Plus and the Galaxy S20 Ultra - in its flagship range.

Exclusive: Here are the full Galaxy Buds+/ Buds 2 official high quality renders! They will probably be 50% expensive more than Galaxy Buds (depending on your region). I don't know the specs yet but it should have bigger battery, more colours.
LINK: https://t.co/2CHw1YiLjM pic.twitter.com/S28f9qvilJ