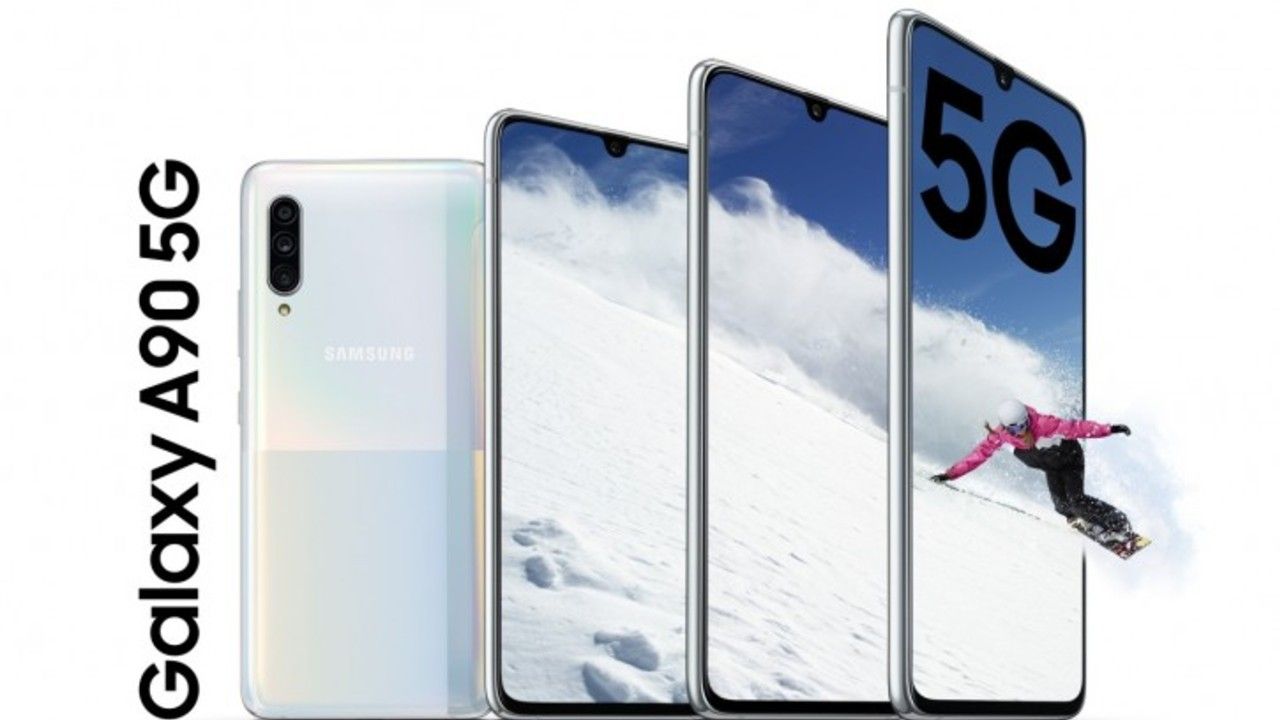 It comes with Snapdragon 855 chipset, and a triple rear camera setup.

It packs a 4500mAh battery that supports 25W fast charging

Samsung has launched its fourth 5G smartphone, the Galaxy A90 5G. After surfacing on Geekbench last month, the Samsung Galaxy A90 5G has gone official today, on September 3 with a 48MP triple rear camera setup, upto 8GB RAM, and more. It does not have a pop up camera, but the front camera resides in the notch of the Infinity-U display.

The Samsung Galaxy A90 5G features a 6.7-inch FHD+ Super AMOLED Infinity-U display that has an in-display fingerprint scanner. It is powered by the Qualcomm Snapdragon 855 chipset, paired with up to 8GB RAM and 128GB of internal storage. The device comes in a 6GB RAM variant as well, and it has a microSD card slot, allowing storage expansion by up to 512GB.

Samsung Galaxy A90 5G has a "unique geometric pattern" on the back that is covered with glass. It runs Android Pie. The smartphone also supports Samsung DeX, making it the first A series smartphone to have this feature.

On the optics front, the Samsung Galaxy A90 5G sports a triple rear camera setup: a 48MP primary camera with a F/2.0 lens, an 8MP ultra wide camera with 123 degree field of view, and a 5MP depth sensor. It comes with features like Super Steady, Scene Optimizer and Flaw Detector. There is also a 32MP front camera with f/2.0 lens for user’s selfie needs.

The device comes in Black and White colours. It packs a 4500mAh battery that supports 25W fast charging. The pricing of the device is still a mystery. However, it should be revealed tomorrow when the phone arrives in South Korea. It will roll out in other markets later.