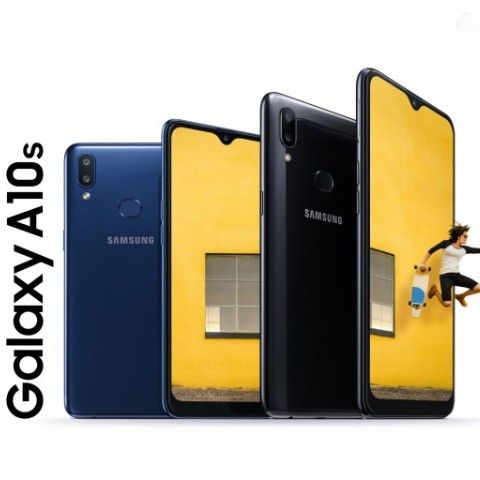 The Samsung Galaxy A10s is available in stores across India for Rs 9,499.

The Galaxy A10s is a follow-up model to the Galaxy A10 that was launched in February this year.

The Galaxy A10s smartphone, which was announced quietly by Samsung yesterday, goes on sale in India today at a starting price of Rs 9,499. The Galaxy A10s is a follow-up model to the Galaxy A10, which was launched in February this year. Available in two variants and three colour options, the Samsung Galaxy is available in all retail stores, e-Shop, Samsung Opera House, and online retailers such as Flipkart and Amazon.in.

While the 2GB RAM variant of the Samsung Galaxy A10s(₹ 10056 at flipkart) costs Rs 9,499, the 3GB RAM variant costs Rs 10,499. As expected, the Galaxy A10s contains several changes or improvements over the original Galaxy A10. To begin with, it comes with a different chipset. According to Samsung’s press release, the new budget smartphone comes with an unnamed Octa-core (Quad 2.0GHz + Quad 1.5GHz) processor. We believe this is the MediaTek Helio P22. In comparison, the older Galaxy A10 was powered by an Exynos 7884 chipset and up to 3GB of RAM.

Storage on both variants is a standard 32GB but is expandable up to 512GB using a microSD card. While the Galaxy A10 only had a single rear camera, the Galaxy A10s gets a dual camera setup. The primary sensor is a 13MP unit with an f/1.8 aperture and the secondary sensor is a 2MP depth sensing unit with an f/2.4 aperture. The selfie camera also sees a significant upgrade. In the place of the 5MP shooter is an 8MP camera with the same f/2.0 aperture. The battery gets a bump in capacity too, from 3400mAh to 4000mAh. The Galaxy A10s weighs the same 168g.

The last improvement is the addition of a circular fingerprint scanner to the back panel of the Galaxy A10s, which the original Galaxy A10 sorely missed. The screen on the Galaxy A10s, however, remains the same 6.2-inch IPS LCD unit. Like its predecessor, the Galaxy A10s comes with Android 9 Pie running right out of the box. Available in green, blue, and black colour options, the Samsung Galaxy A10s is currently on sale across various online and offline stores in India.