Is Samsung working on a Galaxy S8 variant with a dual-rear camera setup?

Samsung was rumoured to launch Galaxy S8 with a dual-rear camera setup, but the company stuck with a tradition single camera setup with its new flagship

The post shows a Galaxy S8 variant with vertically placed dual-rear camera setup. Further, the device doesn't seem to have a fingerprint reader, which is located next to the rear camera module in the Galaxy S8 and Galaxy S8+ phones that were launched. It is not clear whether Samsung is really working on a variant of Galaxy S8 with a dual-rear camera and it is unlikely that Samsung will announce a new version of Galaxy S8 just months after the launch. It should be noted that a very similar looking phone was leaked back in April, and was tipped to be a prototype of the Galaxy S8+. It suggested that the company considered the set up at the very least, before finalising on the version with a single camera.

Samsung is reportedly planning to launch the Galaxy Note 8 in August. The phone is said to feature dual-rear camera setup and most reports suggest the handset will sport a fingerprint sensor embedded under the display. The Note 8 is expected to look similar to Galaxy S8 with a larger Infinity Display, an updated Snapdragon 836 SoC, and up to 8GB RAM. 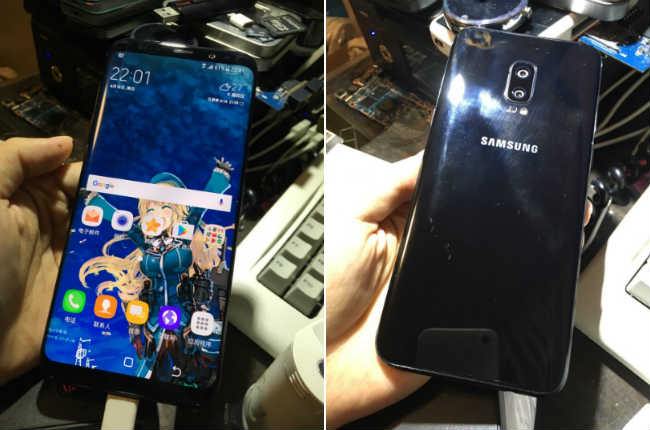