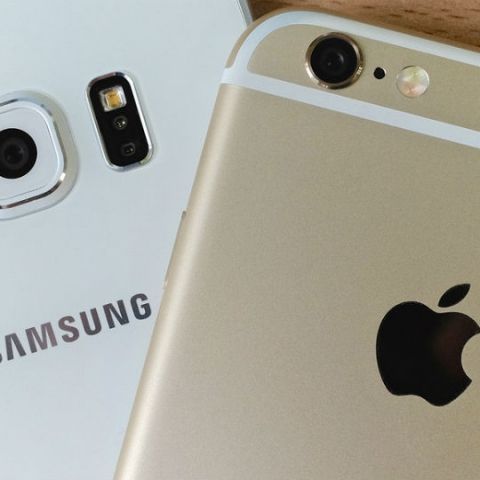 Samsung has filed a motion rejecting a May ruling which asked it to pay Apple $539 million damages for allegedly copying iPhone design. Apple has until June 21 to reply; Next hearing will be on July 26.

Samsung has filed a motion with the US District Court in San Jose, California challenging a US court ruling that asked it to pay $539 million to Apple for copying patented iPhone designs. The South Korean tech giant said that the verdict given in May was not supported by any evidence.

“The jury’s verdict is excessive and against the weight of the evidence on each and every issue identified above, and … the evidence supports a verdict of no more than $28.085 million,” the motion said. Samsung has also demanded a refund of $145 million awarded to Apple in an unrelated patent infringement case relating to multi-touch. It argues that since the patent was later invalidated, Apple must reimburse the sum paid.

Now Apple has until June 21 to respond to Samsung’s motion and a hearing on the response has been scheduled for July 26.

Under the US patent law, infringement of a design patent can result in a plaintiff receiving total profits made through the product. On the similar lines, Samsung’s motion argued the ‘article of manufacture’ found to have infringed Apple’s patents should have been specific components, not the whole phone.

In a legal battle that dates back to 2011, the two technology giants have been at loggerheads since Apple sued Samsung for allegedly infringing on five patents with Android phones it sold in 2010 and 2011. The South Korean conglomerate was found liable in the initial verdict in 2012 and was asked to pay over $1 billion to the Cupertino-based giant for infringing on three of Apple's design patents related to mobile devices -- the quick links to phone numbers, the slide-to-unlock feature and the auto-correct function.

Samsung's lawyers appealed the case, bringing down the compensation of $1 billion to $400 million in 2015 at the US Court of Appeals for the Federal Circuit. The company argued that component design could be just a small part of a smartphone whose technologies involve more than 200,000 patents.

In late 2016, the US Supreme Court agreed with Samsung and ordered the two tech giants to negotiate a date for a retrial to settle the award money for Apple. To this, Apple filed a countermotion and in May, after four days of deliberation, the court sided with Apple, ruling that Samsung must pay the iPhone maker $539 million in damages for copying Apple’s products.

"We're grateful to the jury for their service and pleased they agree that Samsung should pay for copying our products. This case has always been about more than money. Apple ignited the smartphone revolution with iPhone and it is a fact that Samsung blatantly copied our design. It is important that we continue to protect the hard work and innovation of so many people at Apple," Apple had said at that time.

Displeased with the verdict Samsung had said that the “decision flies in the face of a unanimous Supreme Court ruling in favour of Samsung on the scope of design patent damages."

It said that the company would “consider all options to obtain an outcome that does not hinder creativity and fair competition for all companies and consumers.”