The Samsung Galaxy M20 smartphone is expected to run on the mid-range Exynos 7885 processor which is backed by 3GB RAM.

Samsung is reportedly looking to merge its Galaxy J, On and C series into one consolidated Galaxy M series. We have already read a lot of reports on the Samsung Galaxy M10 phone but a report now says that Samsung is working on another M-Series device called Galaxy M20. 91mobiles claims that it got its hands on a display panel that belongs to the smartphone in question. The panel shows that the Galaxy M20 will have a waterdrop notch, which is not among the various notch designs that the South Korean tech company showcased at its annual developers conference.

The image shows that the panel has curves on the sides. There is a thick chin and the notch houses a single camera. The Waterdrop notch was first introduced in India by Oppo in its F9 and F9 Pro devices but when Samsung showcased the Infinity O, Infinity U, Infinity V, and New Infinity type displays, it did not talk about a Waterdrop notch. 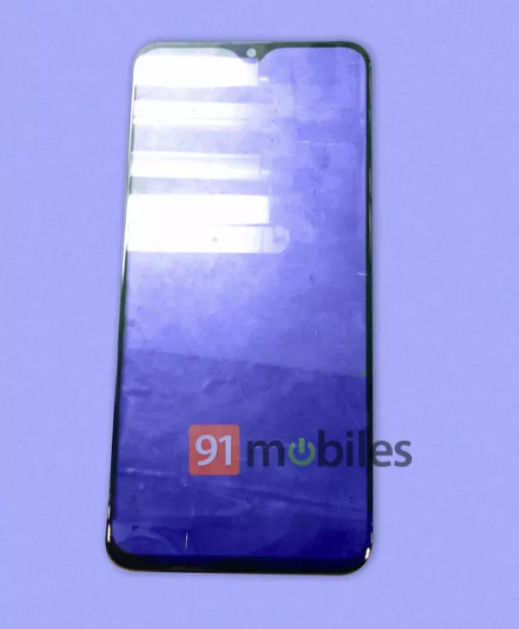 The Samsung Galaxy M20 smartphone is reported to be powered by a mid-range Exynos 7885 SoC coupled with a 3GB RAM. The smartphone is expected to ship with 32GB onboard storage which could be expanded via a MicroSD card. According to a Geekbench listing, this processor will have eight cores and 1.6GHz clock speed, and an Antutu listing says that the smartphone will run on Android 8.1 Oreo.

Reportedly, Samsung has already started the mass production of the Galaxy M20 and Galaxy M10 smartphones at its Noida factory and the smartphones may launch in the first quarter of 2019. The device may have a 6-inch SuperAMOLED display with 1080x2340 pixels. It could sport a 16MP primary camera with LED Flash and a 5MP front shooter. The smartphone could be powered by a 3300 mAh battery.