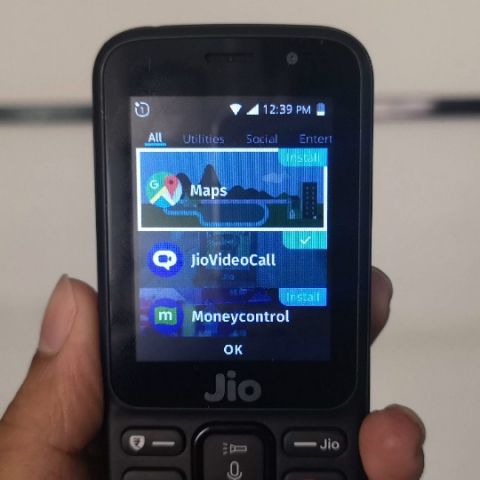 Last month, Google announced that some of its apps like YouTube, Google Maps, and Assistant and would soon be made available for devices running on KaiOS. Now, with the latest software update, the JioPhone has received Google Maps support. JioPhone runs on KaiOS and Jio recently announced that Facebook, WhatsApp and YouTube will also be available for the device starting August 15. To get Google Maps on the JioPhone, one will need to navigate to the Device menu under Settings and update to the latest version 2018.628.2 patch via the Software Update tab. Do note that the handset needs to have at least 30 percent battery to begin the updation process.

After updating the software, one needs to boot up the Jio Store app to download the Google Maps app. The app shows up on the home page and is not a data-heavy download. As the app has been specially tailored for KaiOS, it is lite and fast to load, but comes with a simple and lite interface. There are options like Search, Drive, Two-wheeler, Train or bus, Walk, Show Map, Map layers, and About. There is a drop-down menu and in the search option, one can simply enter the location where they want to navigate to. However, the small 2.4-inch screen mars the usability, but as is rightly said, something is better than nothing. 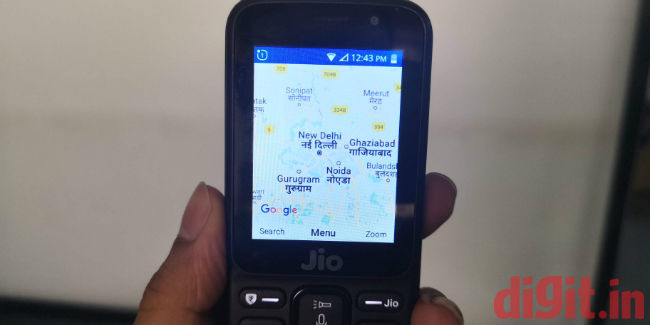 The JioPhone was launched in October last year and the company recently announced a Monsoon Hungama offer for its consumers. The offer enables one to exchange their existing feature phone for a JioPhone by paying an additional sum of Rs 501. This offer can be availed from July 21. Reliance Jio also recently unveiled the JioPhone 2, which also features a 2.4-inch QVGA horizontal display and comes with added features VoWiFi and evolved Multimedia Broadcast Multicast Service (eMBMS) support.