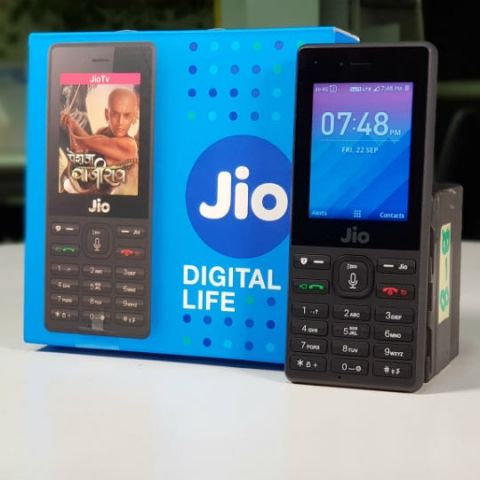 A report surfaced yesterday which said that Reliance Jio is stopping the production of its JioPhone. The company was reported to be in talks with Google to manufacture an Android based smartphone. Soon after the report surfaced, Jio issued a statement denying the information and said, “JioPhone, ‘India ka smartphone’ is committed to fulfilling the country’s digital vision. Jio welcomes the initial 6 million Indians who are moving to digital life with the JioPhone and will soon announce the next JioPhone booking date.”

Reliance Jio has said that the second round of pre-bookings will commence soon, however, no exact date has been stated yet. JioPhone works on KaiOS, which is a forked version of the Firefox OS. Currently, the JioPhone only supports Jio apps such as JioMusic, JioTV and more. Popular apps such as Facebook and Whatsapp are not supported yet, but the company is said to be working towards bringing these apps on the feature phone.

The JioPhone is an effectively free phone as customers need to pay a refundable security deposit of Rs 1,500, which will be refunded after three years on returning the device. Pre-bookings for the JioPhone touched the 6 million mark in the first phase, and Reliance Jio has started shipping the phones. However, some consumers who booked the JioPhone have been complaining of not receiving their units yet.

Soon after the deliveries for the JioPhone commenced, Airtel launched a low-cost 4G smartphone as its rival. The telecom operator partnered with Karbonn to offer the A40 Indian 4G smartphone at an effective price of Rs 1,399. Airtel then went on to announce another low-cost 4G phone, the Celkon Smart 4G, in partnership with Celkon. It is available at an effective price of Rs 1,349.

Micromax partnered up with BSNL and Vodafone to launch two low cost feature phones, the Bharat 1 and the Bharat 2 Ultra, respectively. The phones are priced at Rs 2,200 and Rs 999. However, the Bharat Ultra 2 has to be purchased at Rs 2,899, and buyers would need to perform a recharge of Rs 150 per month in order to get the phone at effective price of Rs 999.