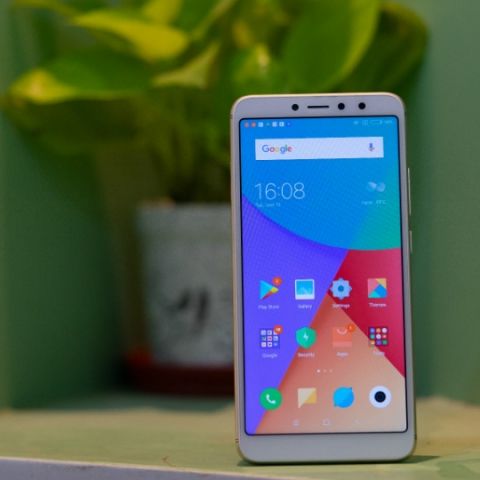 The device could also sport a bigger battery than its predecessor.

Xiaomi launched its selfie-centric Redmi Y2 smartphone last year in June and it is about time that the phone maker announced its successor. The company might not be too far away from launching the Redmi Y3 since it is teasing a new phone with improved front-camera capabilities. The company’s Global VP and MD of Xiaomi India has teased a new Redmi phone with which he clicked ‘32’ selfies with ‘32’ Xiaomi colleagues and asks, “'Y' am I taking so many selfies?” The company executive is clearly hinting at a new Redmi Y series handset that is likely to sport a 32MP front-facing camera setup. Redmi India has also teased a bigger battery on the upcoming ‘Y’ series smartphone.

You never run out of juice. Y should your phone? #YYY
How long does your phone last on a single charge? pic.twitter.com/OJxRtBEQD0

Additionally, Redmi General Manager Lu Weibing’s post on Weibo, spotted by FoneArena, suggests that the company might be making a phone equipped with a 32MP selfie camera. While there have been no major leaks about the upcoming Redmi phone, it was spotted on a Wi-Fi certification website last month. The listing suggested that the device runs on Android 9 Pie with MIUI 10 on top. The handset could be powered by a better processor than the Redmi 7, which recently launched in China running on the Snapdragon 632 SoC. Additionally, the Redmi Note 7 in India starts at Rs 9,999 and going by the company’s past decisions, the Redmi Y3 could start at a thousand rupees lower in India.

In other Xiaomi news, the company recently rolled out a new ‘Mi Recycle’ program within its MIUI Security app. The option checks the health of a user's phone by performing a series of hardware tests, and get a resale value from Cashify. It is aimed at enabling users easily sell their old Xiaomi phones. As per Cashify, the evaluations are based on three parameters: Physical condition of the phone, its hardware quality and the current market value of the handset. To assess what is the resale value of their handset, one can perform the hardware test on their device by heading over to the ‘Diagnose your phone’ option.

Mi fans! I got my hands on upcoming #Redmi phone & it is amazing! Went on a selfie rampage & the results are totally incredible.

'Y' am I taking so many selfies? BTW I clicked '32' selfies with 32 @XiaomiIndia colleagues!

Can't wait to share more details with you. #Xiaomi pic.twitter.com/GSP7xhIpNS