Xiaomi phone with model number M1901F7BE has been approved by the 3C in China and it is speculated to be the Redmi Note 7 Pro. 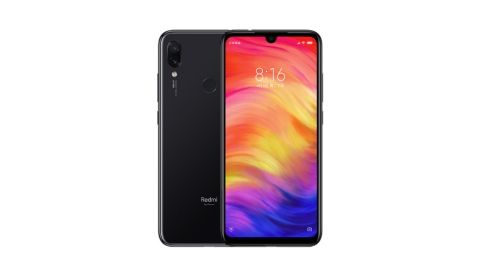 The Xiaomi Redmi Note 7(₹ 10800 at amazon) smartphone seems to be doing quite well in China. The Redmi CEO recently announced that the phone exceeded 1 million units in sale in three weeks since it was launched. However, the company is expected to soon launch the Redmi Note 7 Pro smartphone and the time for its official announcement in China could be drawing near since it was spotted recently on the China Compulsory Certificate (3C) website. As per NashvilleChatterClass, a new Xiaomi phone with model number M1901F7BE has been approved by the 3C and it might just be the Redmi Note 7 Pro.

As per the report, the Redmi Note 7 featured model numbers M1901F7T, M1901F7E and M1901F7C in China. The new device is said to be the Note 7 Pro as its model number on the 3C website matches the initial serial of the Redmi Note 7 phones. Additionally, it is listed with the MDY-08-ES Xiaomi charger that offers up to 18W fast charging, further cementing the speculation that this new handset could indeed be the Redmi Note 7 Pro with better features. Additionally,  model numbers M1902F1A and M1902F1T were also spotted on the certification website, which are said to belong to the upcoming Xiaomi Mi 9 smartphone. The device is listed with 27W fast charging support.