Coming to the image of the device, if it is indeed the real image of the phone, here too, it looks quite similar to the Redmi Note 7. As per the images, the Redmi Note 7 Pro might also feature a dual-rear camera setup with a fingerprint sensor on the back. The back panel is seen featuring a gradient finish as well. The Redmi Note 7 Pro is already confirmed to come equipped with a 48MP Sony IMX586 sensor and is speculated to launch starting with 6GB RAM. The Redmi CEO, Lu Weibing, recently hinted that the smartphone could be priced lower than 2,000 Yuan (Rs 21,222 approx) and if this is the case then it might just become the most expensive Redmi phone yet. 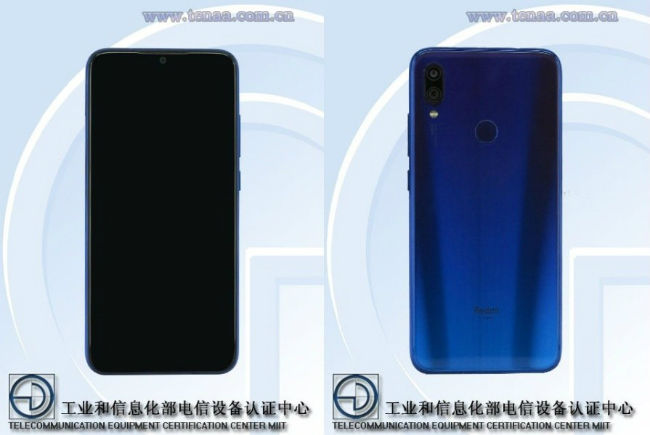 Speaking of new launches, Xiaomi recently unveiled its Mi 9 smartphone, which runs on the Snapdragon 855 SoC. The handset comes with 8GB RAM and 128GB of internal storage. It sports a 6.39-inch full-HD+ Samsung AMOLED display with Corning Gorilla Glass 6 protection and a waterdrop notch design. In terms of optics, the Mi 9 is equipped with a triple camera setup with a 48MP primary sensor with f/2.2 lens, a 16MP secondary sensor and a 12MP tertiary sensor. On the front, it comes with a 20MP camera.