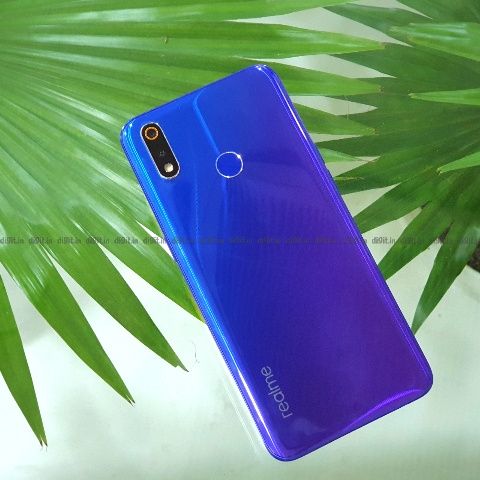 Some of these updates are being rolled out to select regions, so if you don’t see them after you have updated your phone, they are not released in your region. It may be possible that these features are rolled out to these specific regions later. The changelog also mentions bug fixes. However, the company has not specified the bugs for which the fix has been rolled out. Realme 3 Pro users can visit this page to download the update. 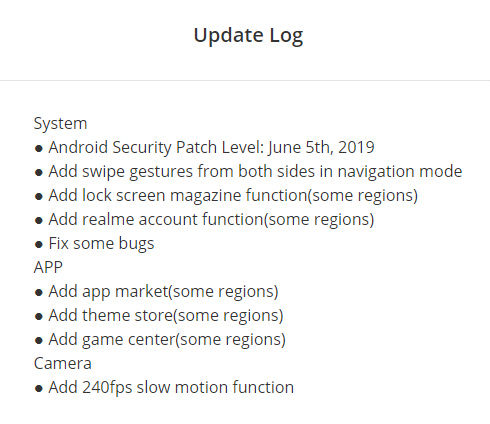 The Realme 3 Pro features a 6.3-inch Full HD+ display, which is protected by Gorilla Glass 5. The display features a dewdrop notch. Realme says that the phone delivers a 90.8-percent screen-to-body ratio. Under the hood, the phone is equipped with a Qualcomm Snapdragon 710 processor, assisted with up to 6GB RAM and up to 128GB of local storage. The company has also incorporated Hyper Boost 2.0 software, which is claimed to enhance the phone’s speed and gaming experience.

When it comes to optics, the Realme 3 Pro sports a dual camera setup on the back. There is a 16MP primary Sony IMX519 sensor, which is paired with a lens having an aperture of f/1.7. The 5MP secondary sensor has a lens with f/2.4 aperture. On the front is a 25MP sensor, which is paired with an f2.0 aperture lens. The front camera has AI beautification modes and face unlock feature. The handset runs on ColorOS 6.0, which is based on Android 9 Pie. The Realme 3 Pro draws power from a 4045mAh battery with VOOC 3.0 fast-charging support.