Realme 3 Pro Blind Order sale: Here’s how you can own the smartphone even before it’s launched 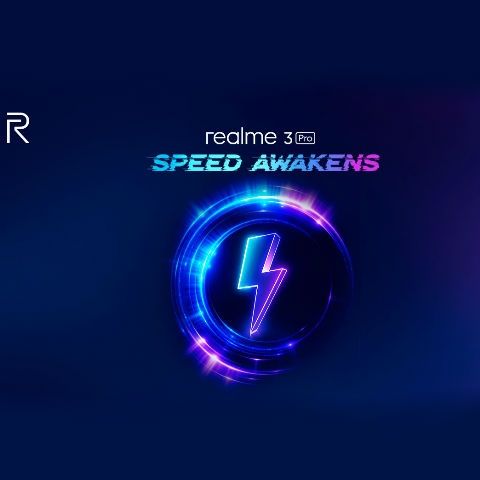 ​Realme 3 Pro to go on Blind Order sale at midnight on April 19.

Users can pre-book the phone even before its is launched.

“Time to show who’s really excited,” says Madhav Sheth, CEO, Realme Mobiles, in a Twitter post, which invites people to order a Realme 3 Pro(₹ 9999 at flipkart) smartphone. Realme is offering people a chance to pre-order the phone in a Blind Order sale that will start on April 19 midnight - three days ahead of the phone's launch. Blind Order is basically placing an order for a phone without knowing much about it. For companies, it could be a way to see the popularity of the brand as well as people’s trust on their products. Those who want to get their hands on Realme 3 Pro can register themselves for free and be lucky “to have GUARANTEED hands on rm3pro.” Sheth also said that 5,000 fans will get R-passes.

The executive has been teasing the phone and its features on Twitter, however, he hasn’t shared any images of the phone yet. So far, we know that the Realme 3 Pro will launch in India on April 22 at the Delhi University Stadium in New Delhi, hinting that the phone is aimed at college-goers. In September, Realme had launched two smartphones, the Realme 2 Pro and Realme C1, at an event in Amity University, Noida.

Sheth has already tweeted an image which is claimed to be shot using the Realme 3 Pro. The image shows a building at night, and is meant to showcase the low-light capability of the smartphone. The official Realme Twitter page had also shared a tweet regarding the camera capabilities of the phone. The phone is teased to feature a Super Slo-Mo mode and another one called Speed Shot.

The CEO also shared a photo showing Fornite will be “directly supported” by the Realme 3 Pro. In one of his latest tweets, he claims that Realme 3 Pro will give 5 hours of talktime in just 10 minutes of charging, suggesting fast charging support. The phone is being marketed with a slogan “Speed Awakens,” however, there is no official information on the specifications of the phone.

Realme 3 Pro has already visited Geekbench and the Bluetooth SIG certification websites, which revealed key specifications of the device. According to the Geekbench listing, the phone has a model number RMX185, and it is powered by the Qualcomm Snapdragon 710 SoC, coupled with 6GB RAM. The handset scores 1483 and 5900 in the Geekbench single core and multi core tests.

Meanwhile, the Bluetooth SIG website suggests that the phone could feature a 6.3-inch Full HD+ display, a fingerprint scanner, 5GHz Wi-Fi, Bluetooth 5.0, a 3960 mAh battery, and run on ColorOS 6 baked on top of Android 9 Pie. Previous reports have suggested that the handset could come equipped with a 16MP rear camera setup and a 25MP front facing sensor. It is likely to come with VOOC supported fast-charging.