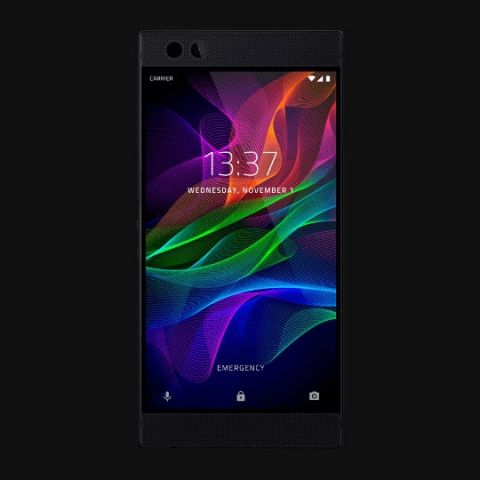 In its earnings report, Razer announced that it is working on the second generation Razer Phone. Apart from working on the smartphone, the company also said that it is planning to bring some of its software and services from the PC segment into the mobile market. The phone has now been spotted on the AnTuTu benchmark with flagship specifications. According to the image shared on antutu.com, the Razer Phone 2 will carry the Qualcomm Snapdragon 845 processor with 8GB RAM and 512GB storage. 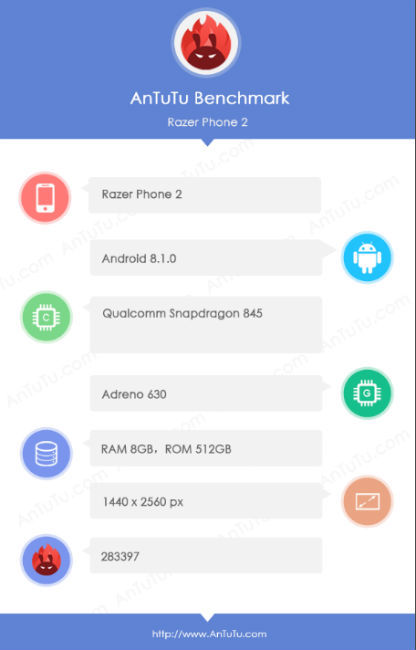 The listing comes three days after the smartphone was seen on Geekbench with benchmark score of 2,026 points (single core) and 8,234 points (multi core). The AnTuTu listing showed the same specs that were shown on Geekbench’s website. The gaming smartphone is said to carry the same 5.7-inch Sharp IGZO LCD screen with a resolution of 2560×1440 pixels as its predecessor. Razer Phone 2 is also expected to carry forward the 120hz refresh rate with the help of Qualcomm Q Sync display technology though there is still no word on whether the phone will carry an iPhone X-inspired notch or waterdrop notch.

The Razer Phone 2 is also seen running on Android 8.1 Oreo out of the box. On Antutu, it scored overall 283,397 points. In reality, the device may have a different score. Last year, the Razer Phone was launched with 5.7 inch IGZO LCD screen with the 1440X 2560 display. It packs Snapdragon 835 with 8GB RAM. The photography responsibilities are given to 12MP+12MP dual-camera setup. The smartphone may launch in October or November with the Android 9.0 Pie.