Razer confirms it is working on a second phone 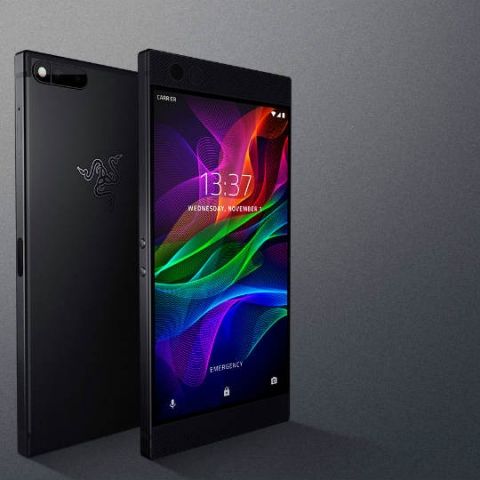 US-based tech company Razer has announced that it is working on the second generation of the its Razer Phone. Apart from working on the smartphone, the company also said that it is planning to bring some of its software and services from the PC segment into the mobile market. In its earnings report, Razer confirmed the developments but did not provide any further details. So it is still not known what hardware the second generation Razer phone will embody, what its official name will be, or when it will be launched. Going by the trend, the smartphone may house the Snapdragon 845 SoC and thin bezels. Last year, the company launched the Razer Phone in November.

“With the successful launch of the Razer Phone in late 2017, Razer has since been widely recognised as the industry forerunner with the foresight of recognising the unmet demand for and being the first-mover to launch a mobile device for gamers, spawning a whole new category for the industry. The Group is very pleased with the success of its first generation Razer Phone, which was released in a limited run and has garnered very positive reviews internationally. Razer is now focusing its resources into the development of the second generation Razer Phone and accompanying software releases which will extend its software and services from PC into the mobile market,” the company said.

When the Razer Phone was launched last year, it was the first phone with a 120Hz refresh rate IGZO IPS LCD 5.7-inch display. Powered by the Octa-core Qualcomm Snapdragon 835 SoC, the smartphone has 8GB RAM and 64GB onboard storage, which can be expanded up to 512GB via a dedicated slot. In the camera department, it sports a 12MP dual-camera setup with f/1.8 aperture on the primary lens and f/2.6 aperture, 2X optical zoom on the secondary camera. On the front, there is an 8MP camera with f/2.0 aperture. The phone houses a 4,000mAh battery