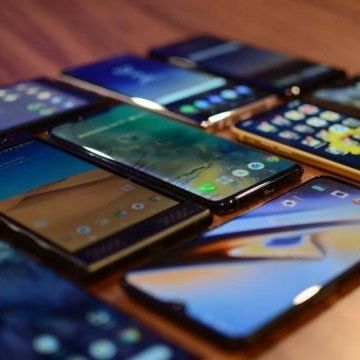 Qualcomm is offering heavy discounts on phones on Flipkart.

US-based chipmaker Qualcomm is offering discounts on phones that use its chipsets. The discounts are being offered under the “Qualcomm Snapdragon Days” programme that is already underway on Flipkart and will run till June 30. Customers who are looking to buy phones at affordable prices can head to the e-commerce giant’s website. They can choose phone depending on their area of preference, like longest battery, camera, graphics and speed. We have shortlisted a few top deals that could help you make quick decisions in choosing the best suited smartphone.

The Asus Zenfone Max Pro has seen a lot of price drops under various schemes, but this time around, Flipkart has claimed that the phone will be available for its “lowest price ever.” The 4GB RAM and 64GB storage variant of the device can be purchased for Rs 8,499. The Asus Zenfone Max Pro M1 is powered by a Qualcomm Snapdragon 660 processor. It sports a 5.99-inch full HD+ display that offers a resolution of 1080 x 2160 pixels. It features a dual 13MP + 5MP camera set up at the back along with an 8MP selfie camera. The device is backed by a 5000mAh battery.

The cheapest flagship phone is once again available at a cheaper price. After being available for Rs 17,999 earlier this month, the Poco F1 can be purchased for the same price again. This might prove to be a second chance for those who missed out the last time. The Rs 17,999 price tag is for the 6GB RAM + 64GB storage model. The Poco F1 sports a 6.18-inch full-HD+ display with a notch that houses a 20MP camera sensor. The phone comes with Snapdragon 855 processor, and a Liquid Cooling technology to keep the temperatures in check. The photography responsibilities are on dual 12MP + 5MP camera configuration on the back. The handset is backed by a 4000mAh battery, and it also has Quick Charge 3.0 support.

The Motorola One Power is available for Rs 12,999, Rs 2000 down from its previous discounted price of Rs 14,999. The phone’s USP is its 5000mAh battery, which the company claims can last for two days. The phone sports a 6.2-inch HD+ display with a 19:9 display aspect ratio. Under the hood, it has the Qualcomm Snapdragon 636 mobile platform. At the back is a dual-camera setup with a 16MP+5MP configuration with f/2.0 aperture. The main camera also supports capturing 4K videos. On the front, it sports an 8MP sensor with a f/2.0 aperture.

The Nokia 6.1 Plus has witnessed a few price cuts in several previously held sales. During the Qualcomm Snapdragon Days, the phone can be purchased for Rs 12,999. The smartphone features a 5.8-inch Full HD+ display with a notch. Under the hood, the phone ships with an Octa-core Qualcomm Snapdragon 636 processor. It is backed by a 3060mAh battery that supports Quick Charge 3.0 technology. In the camera department, the Nokia 6.1 Plus is equipped with a 16MP primary sensor and a 5MP secondary sensor with Zeiss lenses. On the front, the phone sports a 16MP sensor.

The larger variant of last year’s flagship phone from Google, the Pixel XL, has got a massive price cut under this programme. The 64GB variant of the phone is now available for Rs 54,999. It was launched at a price of Rs 83,000. The 128GB variant can be purchased for 65,999. The Pixel 3 XL is powered by Qualcomm Snapdragon 845 processor and it sports a 6.3-inch display with a 2960 x1440p resolution. The Pixel 3 XL has 3430mAh mAh battery. The phone sports a 12MP dual-pixel camera with 1.4um pixels and Optical Image Stabilisation (OIS). There’s an added spectral and flicker sensor and the lens has f/1.8 aperture. On the front is a dual camera setup. Two 8MP sensors are housed in the notch of the Pixel 3 XL.

The company is also offering a Rs 4000 discount on the recently launched Pixel 3a (Buy it here) smartphones. It means that the phone will effectively be available for Rs 35,999. It was launched for Rs 39,999. What’s noteworthy is that the discount is available on prepaid transactions.

LG may have lost its stature in the smartphone vertical but the company is still working on phones. The LG G7 ThinQ, which was priced at Rs 50,000, can now be purchased for Rs 29,999 during the sale. The LG G7 ThinQ comes wrapped inside a glass with Corning Gorilla Glass 5 display protection. The handset features a 6.1-inch QHD+ FullVision Super Bright Display. The smartphone is IP68 dust and water resistant. It has a rear-mounted fingerprint scanner and there is also a dedicated Google Assistant button on the device.

The LG G7 ThinQ is powered by the Qualcomm Snapdragon 845 SoC with 4GB RAM and 64GB internal storage. The phone is backed by a 3000mAh battery. In terms of optics, the LG G7 ThinQ is equipped with a dual 16MP rear-camera setup with one standard lens of f/1.6 aperture and another 16MP Super Wide Angle sensor with f/1.9 aperture. On the front, it is equipped with an 8MP wide-angle camera with f/1.9 aperture and an 80-degree lens.