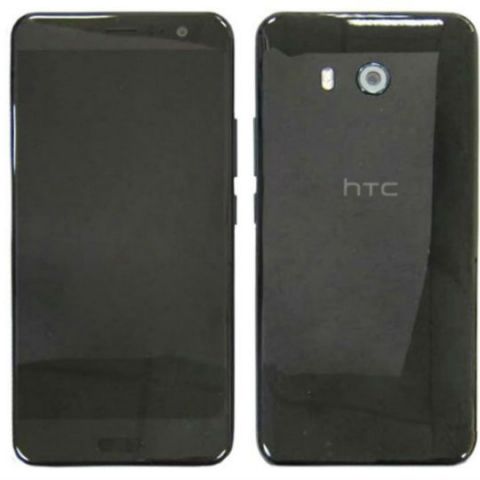 HTC is expected to launch its next flagship smartphone on May 16, but the smartphone may have been spotted on Geekbench before its official announcement.  According to the listing, the device is called HTC CBP, which is likely to be a code name for the upcoming flagship, as the phone features the new Qualcomm Snapdragon 835 SoC. The listing also suggest that it has 4GB of RAM and is running on Android 7.1.1 Nougat.

The smartphone scored 1912 points on single core and 6137 points in multi-core tests on the Geekbench benchmark respectively. This puts the device slightly slower that the Samsung Galaxy S8, which in India is powered by an Exynos 8895 SoC. Previous rumours suggest that HTC’s new flagship may have a 5.5-inch WQHD display and could be offered with 64GB or 128GB storage options. The smartphone is likely to feature a 12 MP rear camera and a 16MP front facing camera. 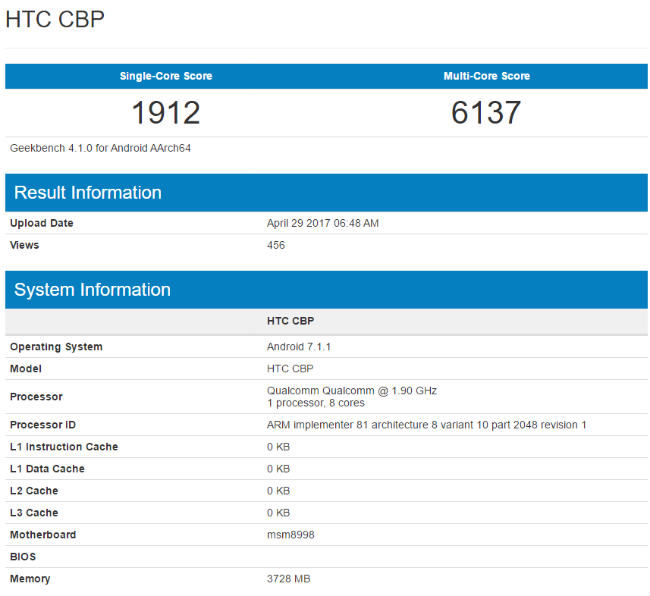 The highlight of the device however, is likely to be the edge sensitive display. It is rumored that the device will have dedicated sensor embedded on the edges of the phone to detect touch (maybe swipe) and squeeze gestures. HTC recently released teaser video suggesting the same.

It is also reported that with the new flagship, HTC will be bridging the gap between the previous flagship lineup and the U lineup. More, importantly, moving forward HTC may lose the all metal build, for which its flagship smartphones are known for, in favour of a glass back.