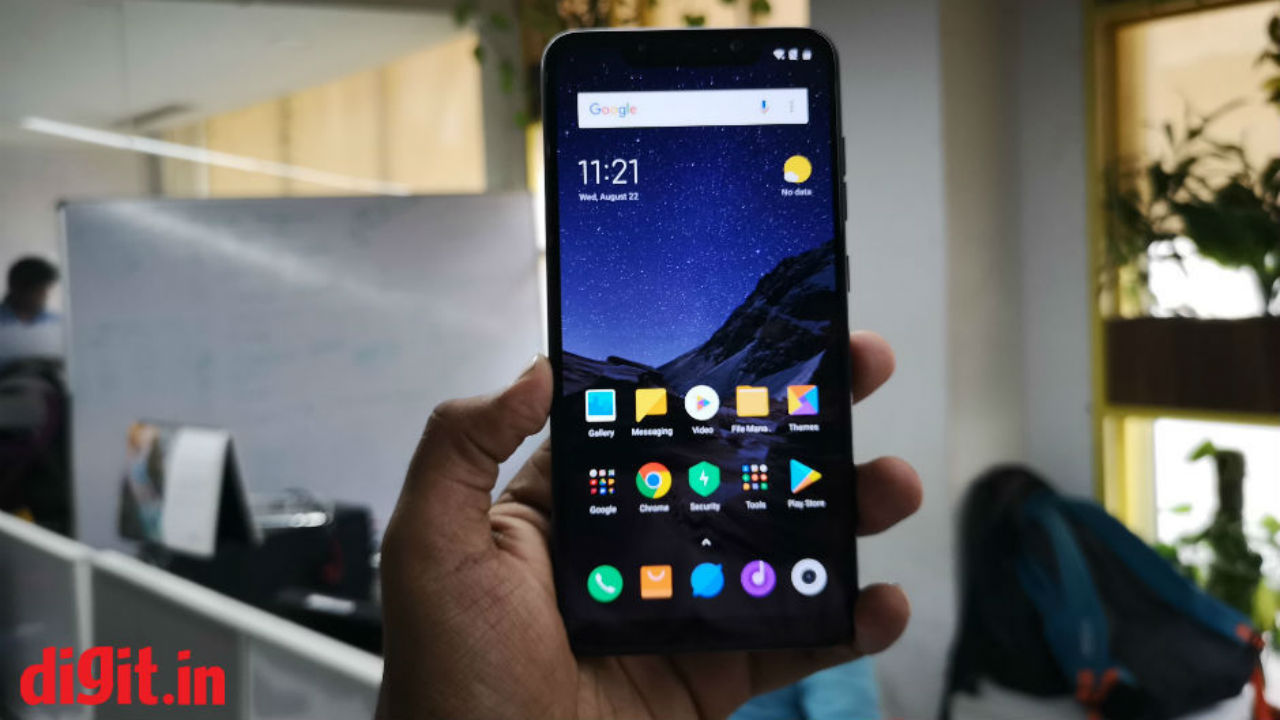 The phones will be available on mi.com and Flipkart.

Xiaomi has reduced the prices of the Poco F1 (Review) smartphones. In a tweet, Manu Kumar Jain, Xiaomi India Managing Director, said that the 6GB RAM and 128GB storage will now be available for Rs 18,999. The 8GB RAM and 256GB storage variant (including the Armoured edition) will be available for Rs 22,999. Both devices can be purchased from the company’s online store mi.in and on Flipkart.

The Poco F1 was launched in India last year at a starting price of Rs 20,999. The highlight of the phone was its flagship hardware. The phone features a 5.99-inch full HD+ display that delivers a resolution of 1080 x 2248 pixels, and an aspect ratio of 19:9. The display has a notch that houses a camera and an infrared sensor for the face-unlock feature.

Under the hood, the phone is powered by the Qualcomm Snapdragon 845 chipset, paired with an Adreno 630 GPU. On the storage front, it has up to 8GB RAM and 256GB of internal storage. In the optics department, the phone sports a dual rear camera setup, which is a combination of 12MP and 5MP cameras. In contrast, there is a 20MP front camera as well.

Last month, the company asked users who were experiencing problems to return the handsets for testing. Xiaomi released the MIUI v10.3.5.0 update for their phones and after installing the update, some users were apparently facing issues such as screen freezing, ghost touches, and touch lags. It is likely that the company won’t be releasing a software fix for the phones plagued by this issue before it tests them to find the root cause of the problem.

Mi fans, you know how the #POCOF1 has won so many hearts.