Oppo might be readying to debut its K-series of smartphones, which could bridge the gap between its R-series and A-series of devices. 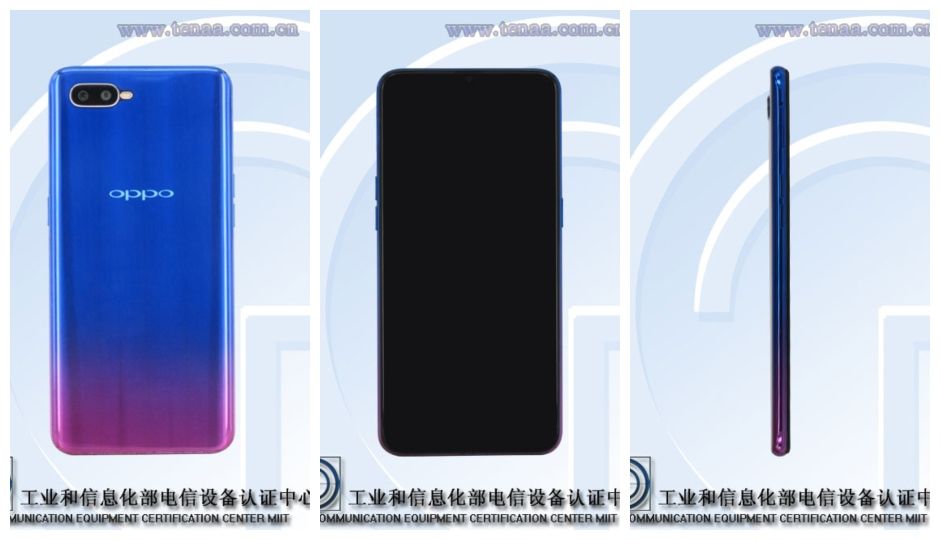 Oppo is teasing the launch of its upcoming smartphone on Weibo, which is speculated to be announced under a new K-series of mid-range handsets. The handset will be unveiled on October 10 in China and is speculated to launch with an in-display fingerprint scanner. The soon to be announced smartphone is rumoured to be called the Oppo K1 and three of its models, PBCM10, PBCT10, and PBCM30, have also been spotted on TENAA ahead of the launch. There’s also an image of the smartphone on the regulatory website that reveals the device’s design and tips at the presence of a dual camera.

The TENNA listing suggests that the three variants of the Oppo K1 share similar specifications, except for the difference in memory and storage. All the three models could be powered by a Qualcomm Snapdragon 660 SoC, paired with Adreno 512 GPU. The phone is said to feature a 6.4-inch display with a resolution of 1080x2340 pixels. As per the listing, the phone might be announced in 4GB and 6GB RAM models, both with 64GB of internal storage. There could be Red, Blue, Silver and Black colour models of the phone and it could be backed by a 3500mAh battery. There is no fingerprint sensor on the back panel but the listing tips at the presence of one, which could be the in-display sensor.

Coming to optics, the smartphone might feature a 16MP + 2MP dual camera setup on the rear. On the front, it could come with a 25MP sensor. All the three versions of the phone are listed running on Android 8.1 Oreo, however, they will most likely come with the company’s ColorOS on top. As mentioned earlier, the three phones differ in terms of memory and storage as the model number PBCM30 might be the top variant with 6GB RAM and 64GB of inbuilt storage, while the PBCM10 and the PBCT10 models are seen with 4GB RAM and 128GB of internal storage.