OnePlus to show off "Concept One" at CES 2020, keeps us guessing 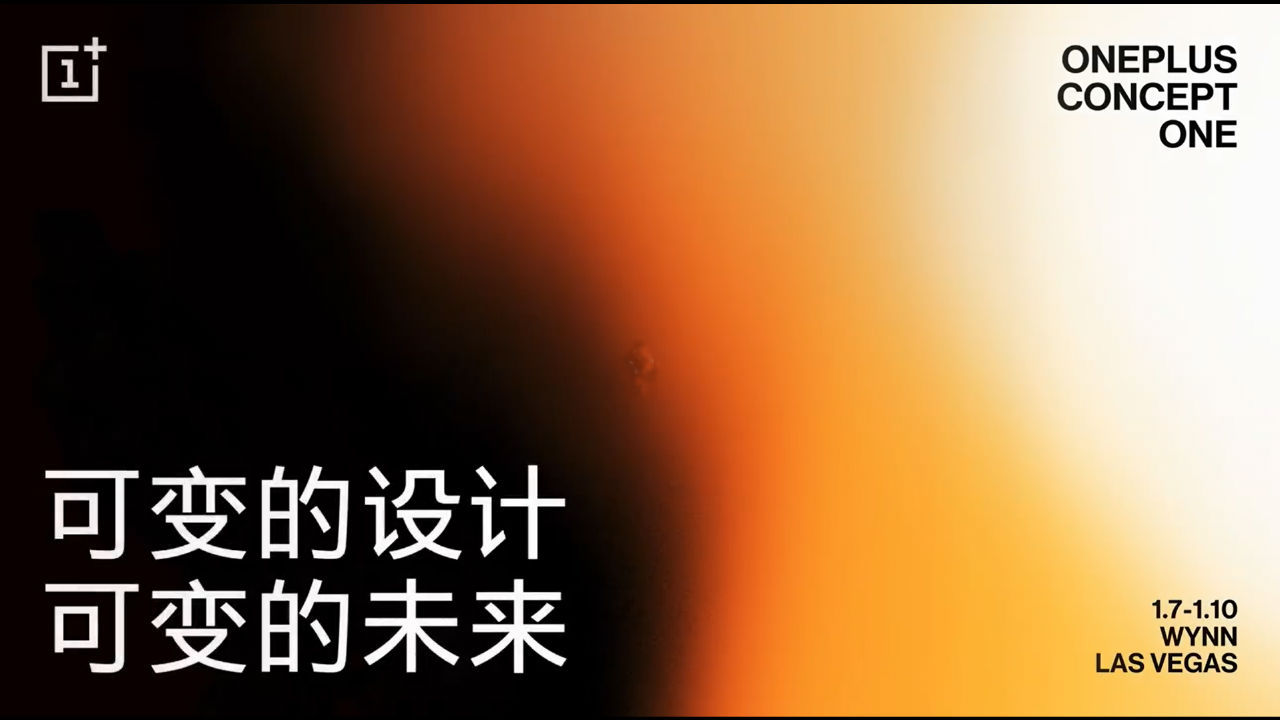 Now we learn that it will announce a new concept device

Called Concept One, OnePlus' new device could in fact be a new mobile technology

OnePlus, the Chinese electronics marque that started out by making “flagship-killer” smartphones no more than six years ago, has quickly grown to become a popular name in the TV market as well. Last week, the company announced it would be present for the first time at CES 2020, the annual American trade show that typically showcases new consumer tech excluding smartphones. A new video post on Weibo reveals that the company will show off a new concept device called Concept One.

Published earlier this morning on Weibo by OnePlus CEO Pete Lau, the short video post reveals only the event details. The OnePlus Concept One device will be showcased at the Wynn luxury resort in Las Vegas, Nevada between January 7 and 10. We have little to no information about the concept device so far. Lau added that this rather unexpected unveiling at CES will be “something special”. It will also mark OnePlus’ sixth anniversary and be “future-oriented”.

There’s no clear sign so far that Concept One is a smartphone. It could well be a new TV model that OnePlus has been working on quietly. For all we know, it could even be something outside OnePlus’ current domains such as smartphones, audio accessories, and TV. In other words, it could be a OnePlus laptop or a OnePlus smart speaker. While we could go on all day guessing what Concept One stands for, we strongly feel it will be a new mobile or camera technology that will eventually be employed in its future smartphone models.

Renders of a new mid-range OnePlus smartphone called the OnePlus 8 Lite were leaked online earlier this month. They showed the handset to sport dual rear cameras and a punch-hole in the top portion of the display to house the selfie camera. The OnePlus 8 Lite could be positioned below the regular OnePlus smartphone range and powered by a MediaTek Dimensity 1000 chipset. There’s a good chance OnePlus will talk about this new mid-ranger at CES but we feel it won’t have anything to do with Concept One. We’ll just have to wait and watch what OnePlus pulls out of its sleeve.