OnePlus rolls out OxygenOS 4.5.7 update for OnePlus 5 brings with it EIS for 4K video recording and other fixes 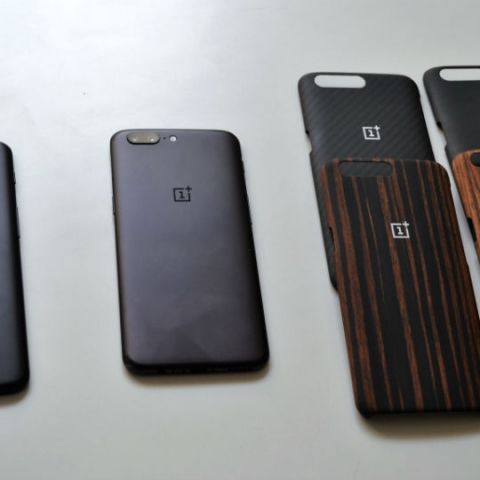 OnePlus has started rolling out the new OxygenOS 4.5.7 update for the OnePlus 5(₹ 28999 at amazon). The update is expected to reach a small number of users at first with a broader rollout in a few days. This new update brings some of features to the OnePlus 5 such as EIS (Electronic Image Stabilization) for 4k video recording along with an all new OnePlus Slate font, standby battery enhancements, Wi-Fi connectivity improvements and more. The rollout also updates the Android security patch level to 1st July 2017 and updates your device to the latest GMS (Google Mobile Services) package.

The update also features some bug fixes such as sound being played out in the speakers occasionally when earphones are plugged in, camera shutter sound bug in silent mode (for Indian region) and missing sound channels when recording videos. The OnePlus Forum was updated yesterday, August 1, with a post announcing the new OTA update for the OnePlus 5 and staff members thanked the consumers for their active feedback and their patience with the smartphone. They also stated that they are looking forward to hearing the consumer’s continued feedback in their bug reporting forum. 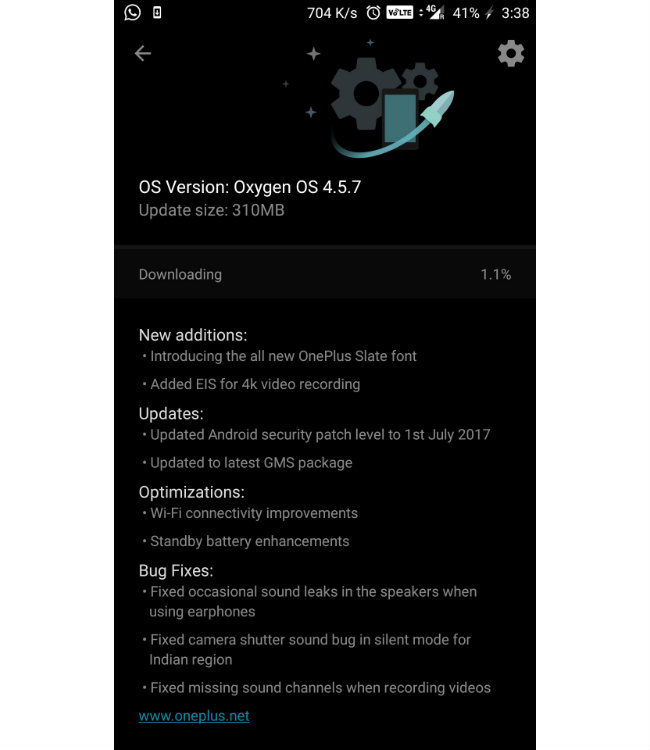 The OnePlus 5 was launched in India on 22nd june 2017 for Rs 32999 and Rs 37,999. It comes with a 5.5-inch Full HD Optic AMOLED Capacitive Touchscreen display protected by Corning Gorilla Glass 5. The phone is powered by a 2.5 GHz quad-core Qualcomm Snapdragon 835 platform and isd available in two variants - 6GB RAM and 64GB storage and 8 GB RAM coupled with 128GB storage. The OnePlus 5 gets a 20MP+16MP shooter at the back with Auto Focus, Face Detection, HDR, Panorama Mode, Geo-tagging, Touch Focus, Digital Zoom and 4K Video Recording. It also sports a front facing 16MP camera.

If you are interested in picking up a smartphone for about Rs 30,000 and are confused between the OnePlus 5 and Honor 8 Pro, you can read our in-depth comparison here.