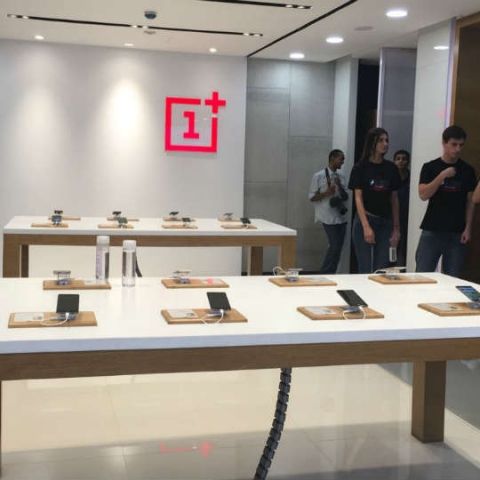 OnePlus has opened its first physical store in Bengaluru, India. Called the OnePlus Experience Store, it is spread over 14,000 sq. ft and offers four different zones. There is an independent service center in the basement, a retail and community zone on the ground and mezzanine floors, an office space on the upper floor, and a café and lounge area on the roof. The store will offer users a chance to check out OnePlus’ products and will also conduct engagement activities for fans.

Vikas Agarwal, General Manager of OnePlus India said that since the phones are only available online and are exclusive to Amazon, the company realised the need for an offline presence so that people will be able to checkout its devices. The company notes that it will start with the experience and there will be some select events where it sells phones, but will still primarily sell online. The store will also sell accessories and fan merchandise. However, OnePlus Co-Founder Carl Pei notes that they do not expect demand to go up with the store. Rather, the store is more about the experience and confidence building. The rise in demand may come a year or two later. Oneplus founders, Carl Pei and Pete Lau also confirmed that the company will not be launching more than one device per year and there are no plans to introduce a new version of the OnePlus X. Further, the two are meeting the Karnataka Chief Minister later in the day. However, the agenda of the meeting is not yet known.

A few months ago, the company launched its exclusive e-commerce store in India. The store was aimed at making it easy for OnePlus users to purchase genuine OnePlus products and accessories in India. Accessories such as cables, chargers, and so forth, the phones themselves are still only available via Amazon.